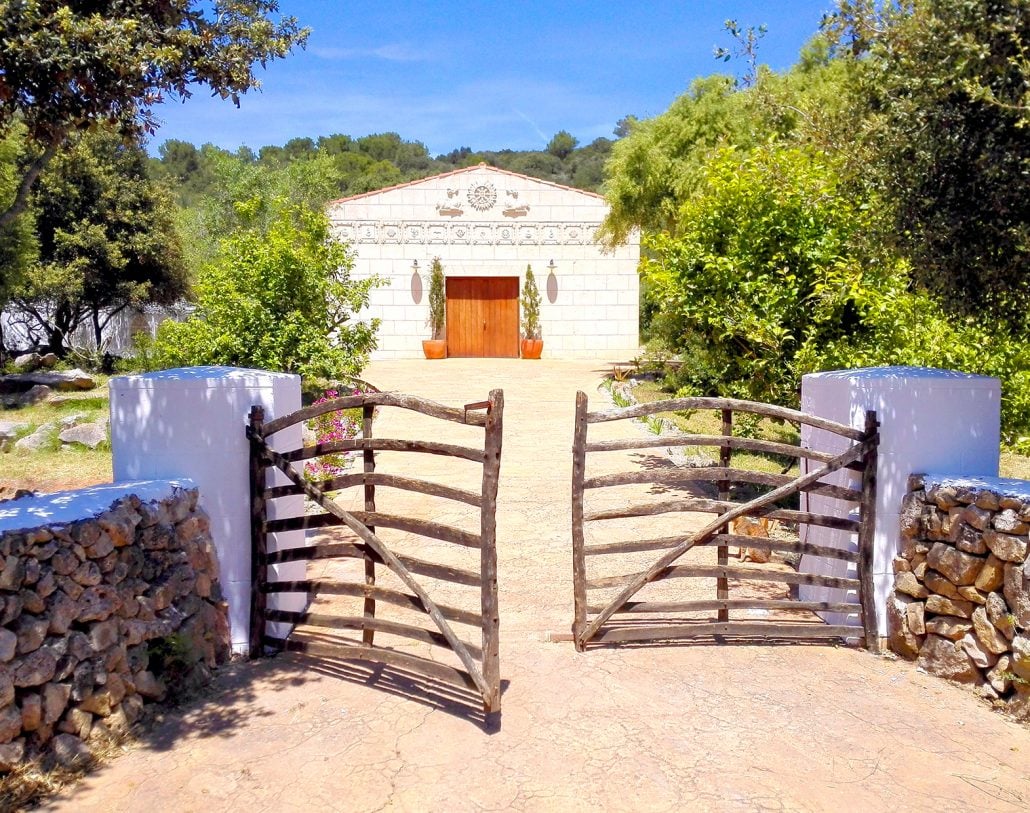 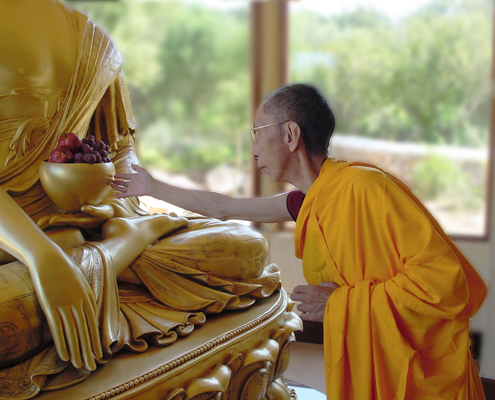 IKRC Menorca was founded by Venerable Geshe Kelsang Gyatso Rinpoche in 1981, the first Kadampa center to be established outside of the UK. Venerable Geshe-la has blessed the center with his presence many times and has given numerous teachings and empowerments there.

In 1999 Venerable Geshe-la  opened the Kadampa Temple of Menorca and inaugurated it in 2001.

In 2012 the center was transformed into an International Kadampa Retreat Center, and in 2016 a major restoration of the retreat house was completed. It now has ten rooms with private bathroom, air conditioning, kitchen and dining room, as well as terraces and a garden.

2021 marks the 40th anniversary of the center. Enjoy this inspiring video of 40 years of Kadam Dharma on the island! 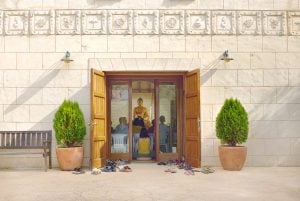 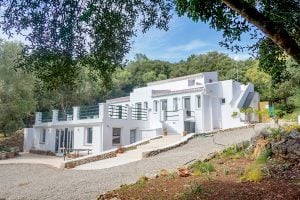 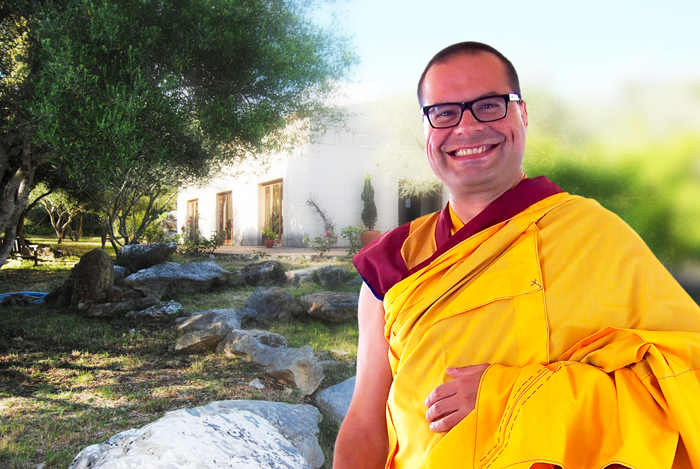 Gen Kelsang Dargyey has been a student of Venerable Geshe Kelsang Gyatso Rinpoche since 2004 and has completed the Special Teacher Training Program. Through study, meditation, and sincere practice of the teachings he has received, he has become a fully qualified Kadampa Teacher. He conveys the teachings clearly, and his students find them accessible, inspiring and easy to put into practice.

At the end of 2012 he was appointed Resident Teacher of the International Kadampa Retreat Center, IKRC Menorca. 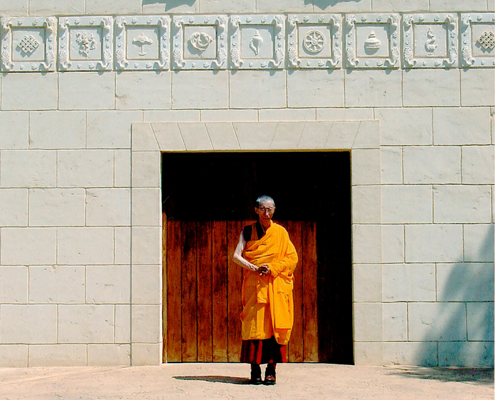 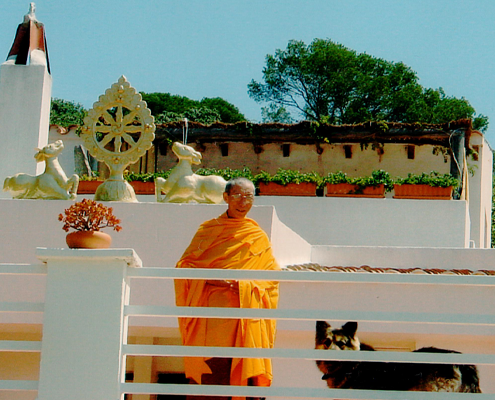 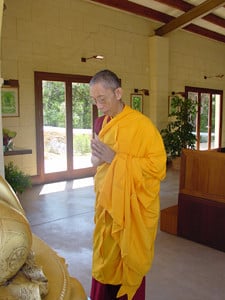 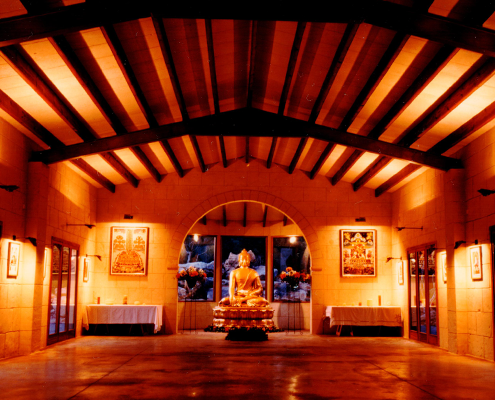 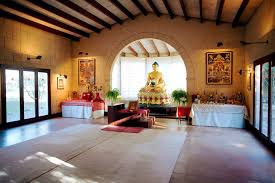 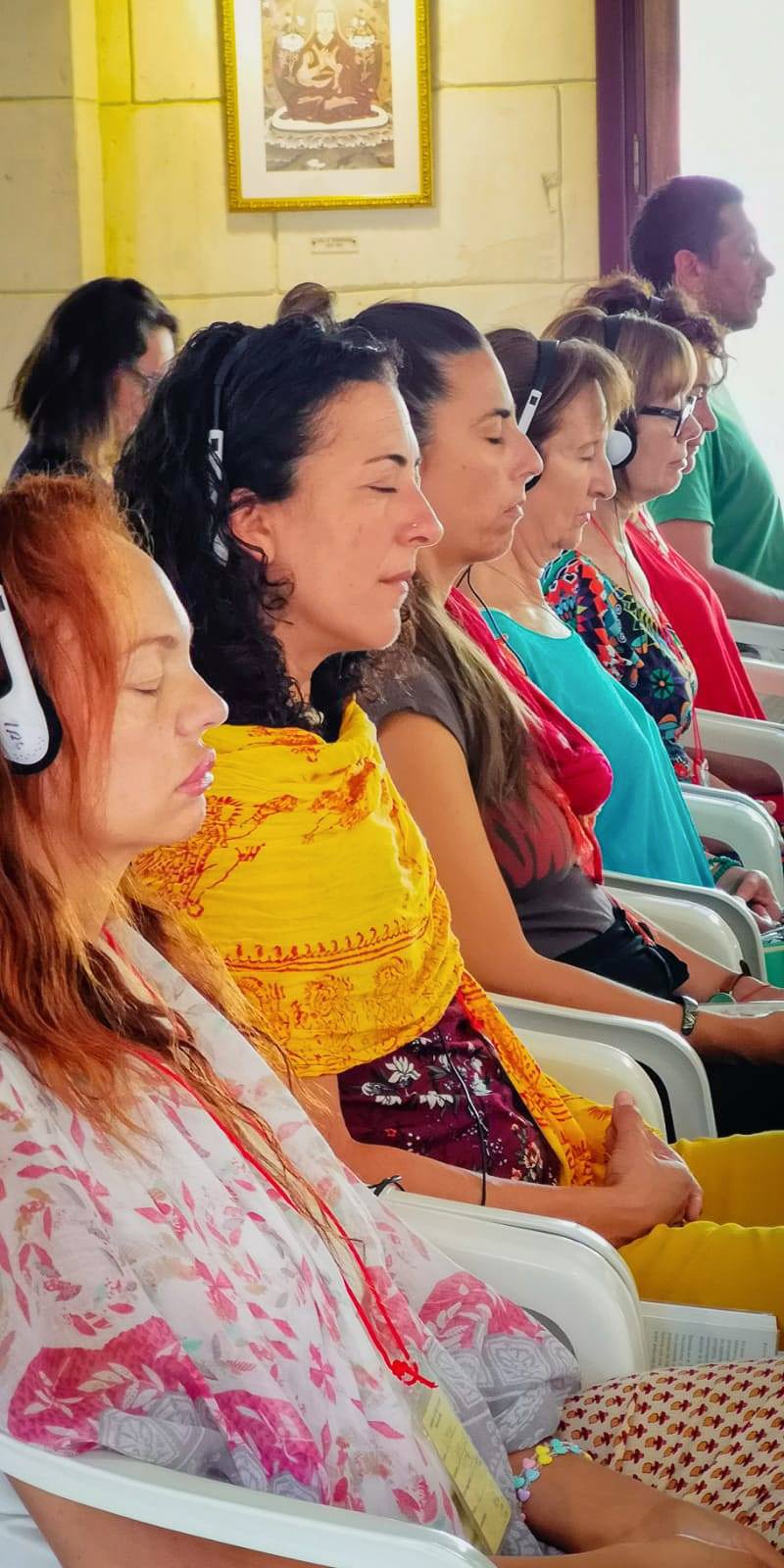 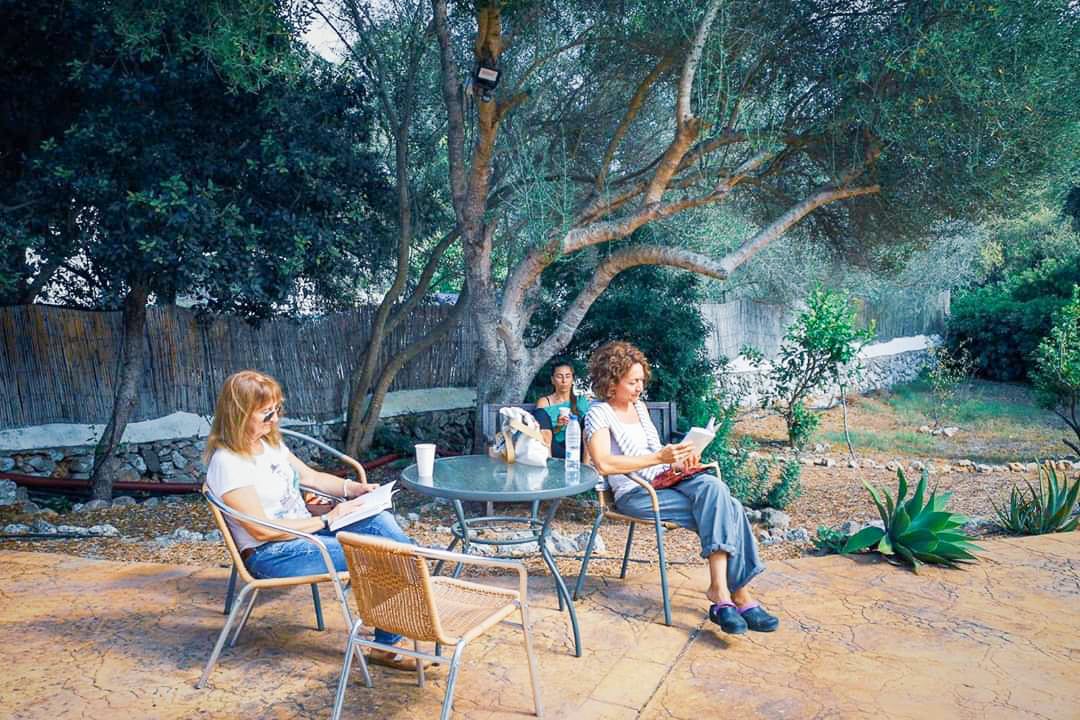 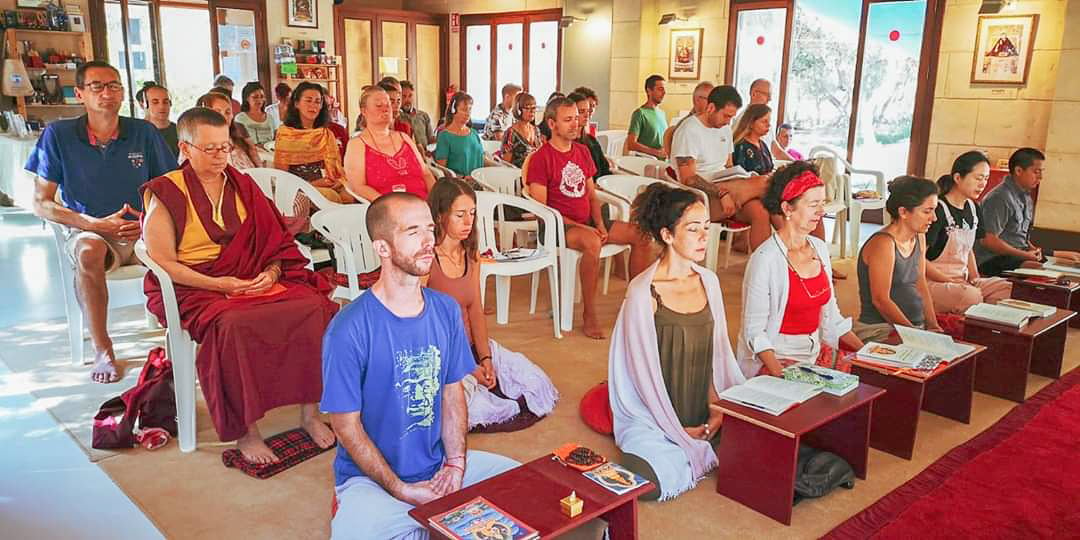 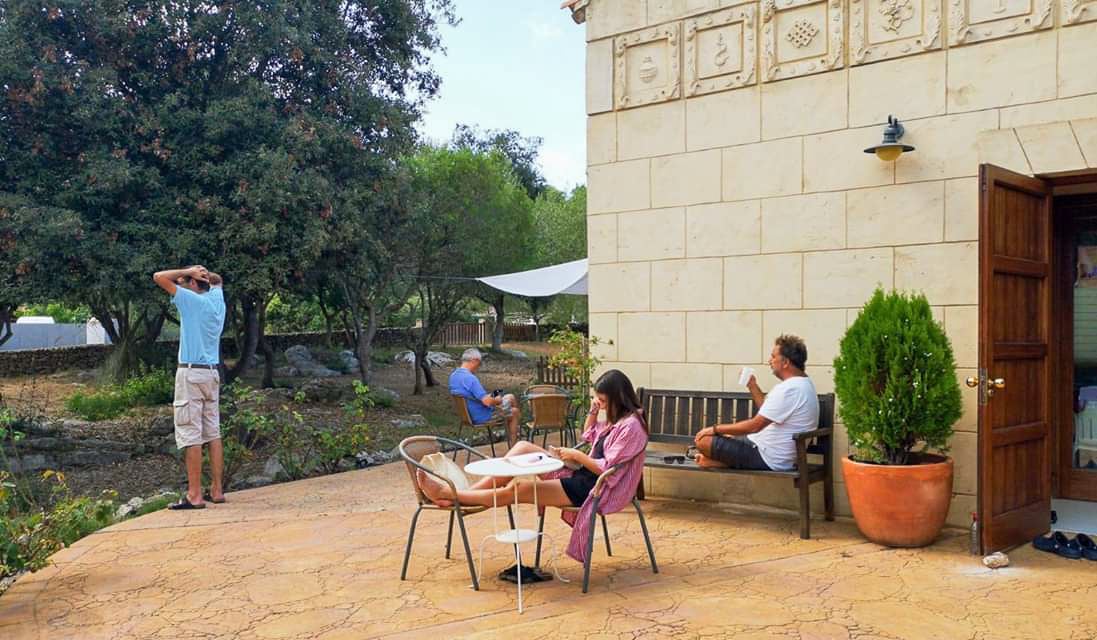 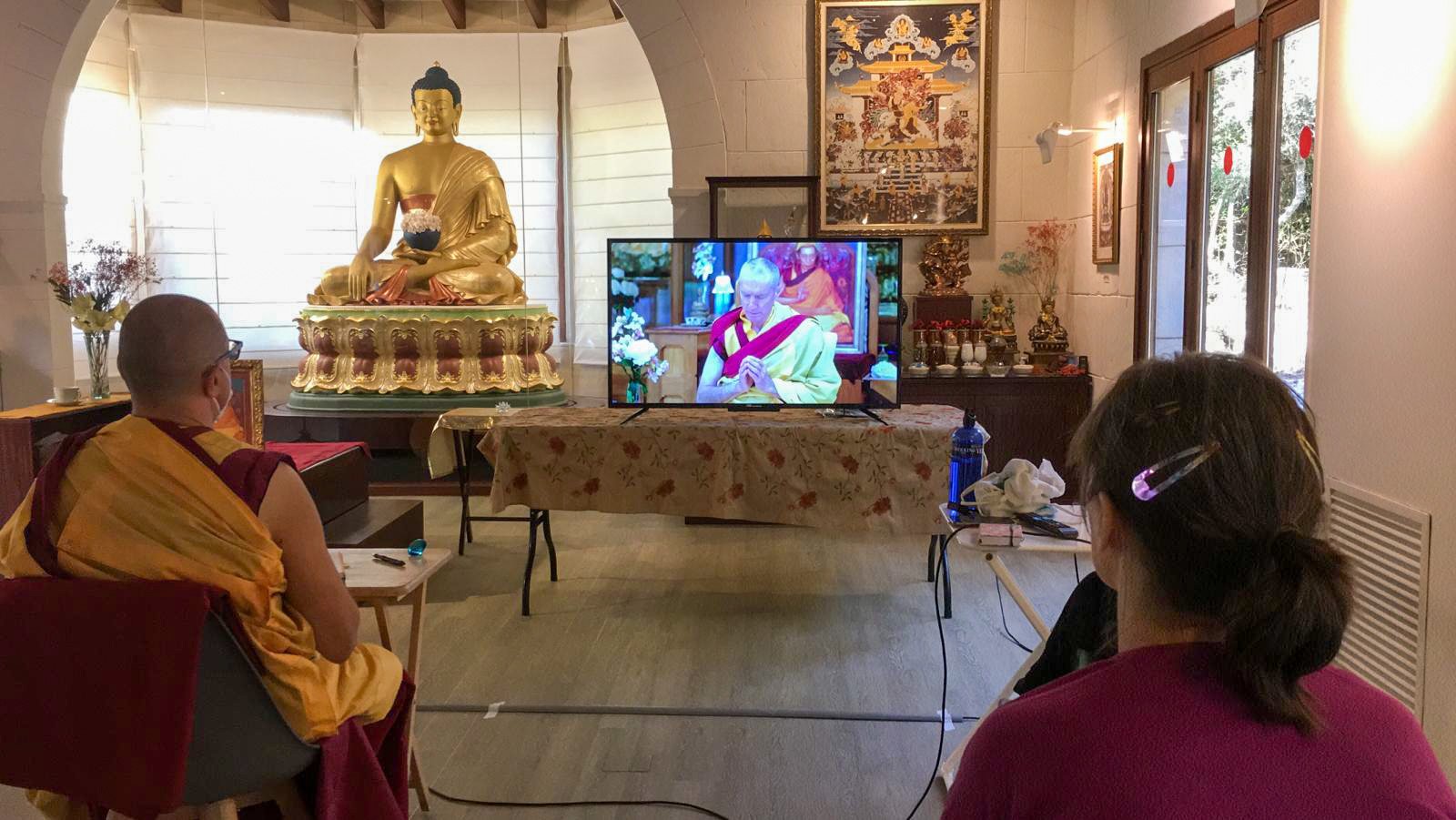