gold for the top of the temple

As the time quickly approaches when the external adornments will be placed on the Kadampa Temple for World Peace under construction in Málaga, Spain, we see the vajra base upon which will stand the crowning vajra being gold-leafed.

Gail, the Gilding Manager at Kadampa Art Studio at Manjushri KMC in the UK, has flown to Spain to oversee this and all the other elements of the lantern tower that require gilding before being lifted into position. She is assisted here by Mariana, a resident of KMC Spain, where the Temple is being built.

Such skilful work, such care and devotion! 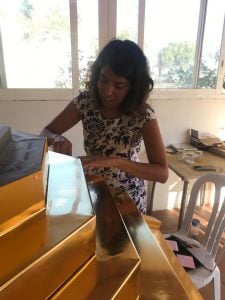 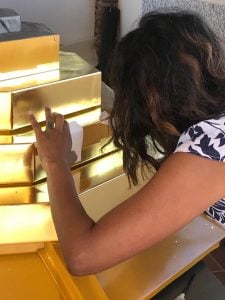 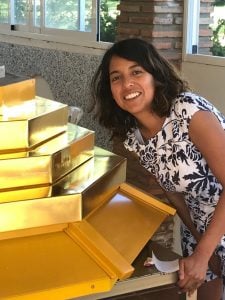 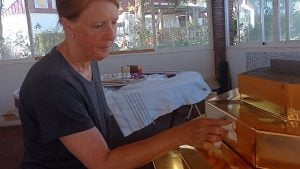 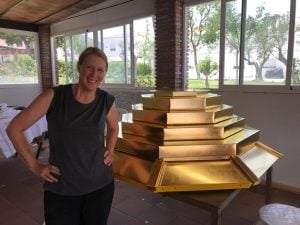 Support the work of the International Temples Project

The construction of this Temple and all future Temples under the auspices of the International Temples Project is funded largely by the fees you pay when you register for an International Festival. The next chance to help will be registering for the 2021 Summer Festival online.

If you have not already done so visit the Festival website.

Getting ready for the Festival

Why not attend the Festival at a center?

What do we need for the Summer Festival?

So much inspiration from the Teachers