25 years ago, Venerable Geshe Kelsang Gyatso Rinpoche took up residence in Dallas area where he remained for almost three years, showing the example of a Resident Teacher in the United States.

During this time Venerable Geshe-la gave teachings and empowerments, composed the book Essence of Vajrayana, and established what was to become KMC Texas.

ANNIVERSARY EVENT
Every January since 2008, KMC Texas has held a major public talk at the prestigious Dallas Museum of Art (DMA). This year the event took on a special significance as a celebration of the center’s 25 years in Dallas. The center produced a brochure to distribute at the event, introducing Venerable Geshe-la and his special connection with Dallas.

This event is always well attended and this year was no exception, with approximately 450 people attending. In fact there was not sufficient room in the auditorium and so a video link was established in an adjacent room.

Right after the talk, the center arranged an Open House and invited people to visit the Temple. Several helpful volunteers gave tours of the Temple and an explanation of a Kadampa shrine. It was a very special afternoon to mark a very special occasion.

MORE CELEBRATIONS
The 25 years celebrations continue with a special course on The Six Perfections with Gen-la Khyenrab March 1-3.

For more information about the center and its program visit the center's website. 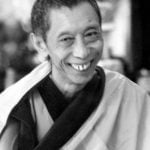 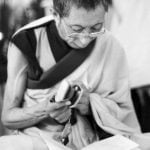 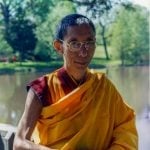 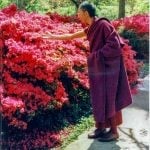 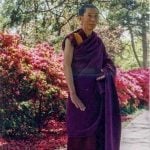 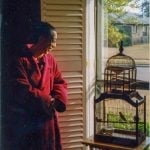 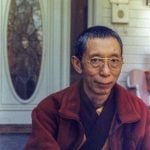 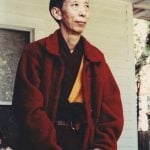 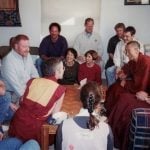 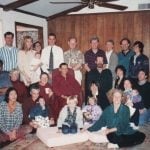 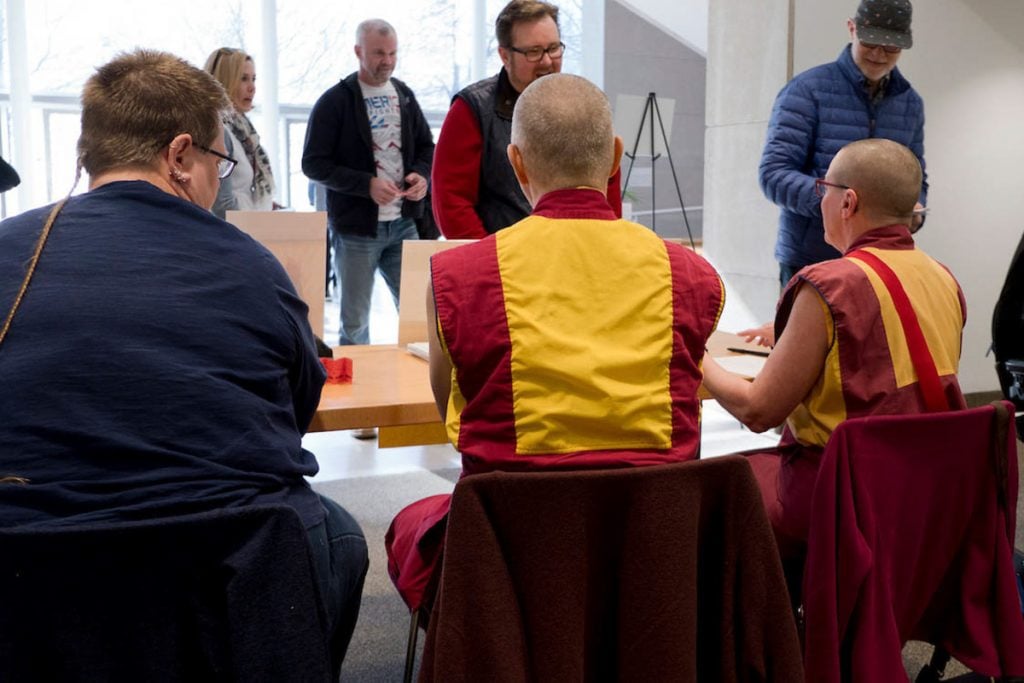 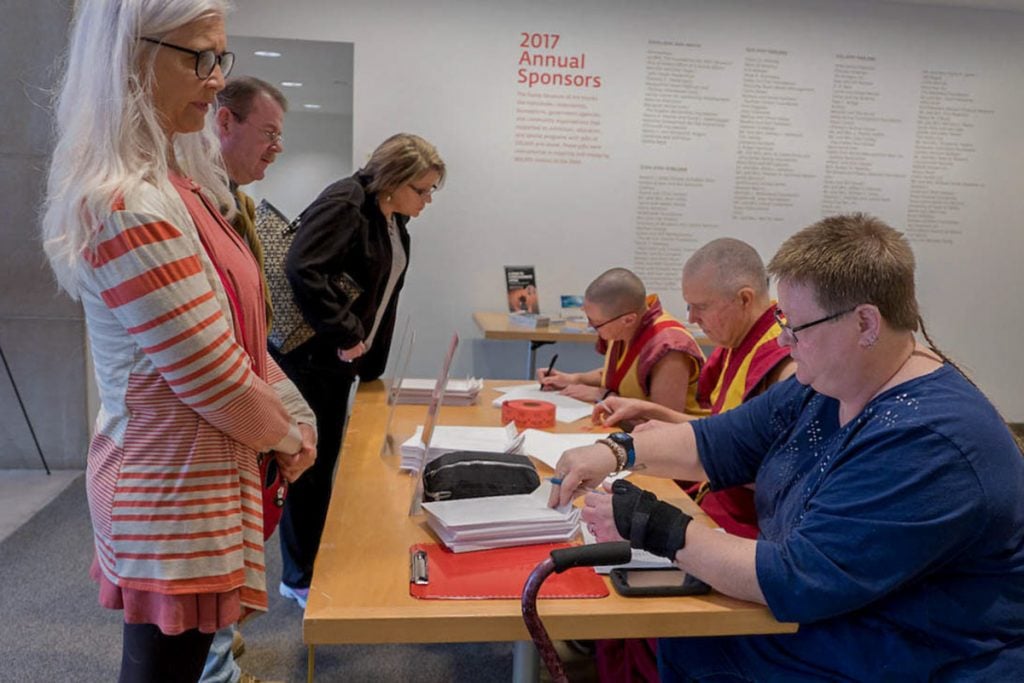 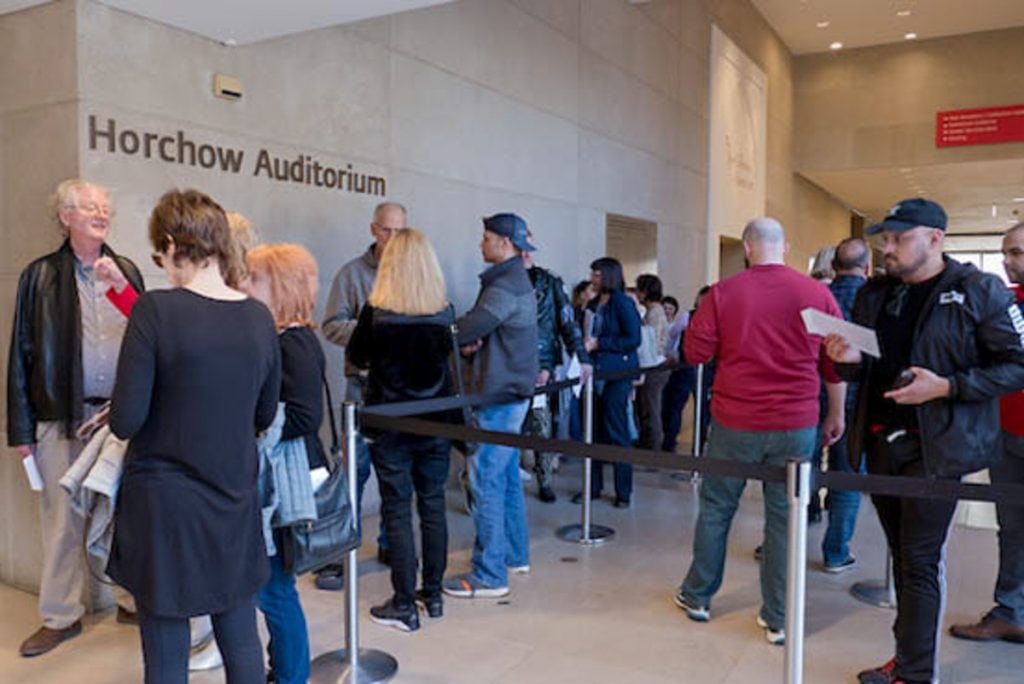 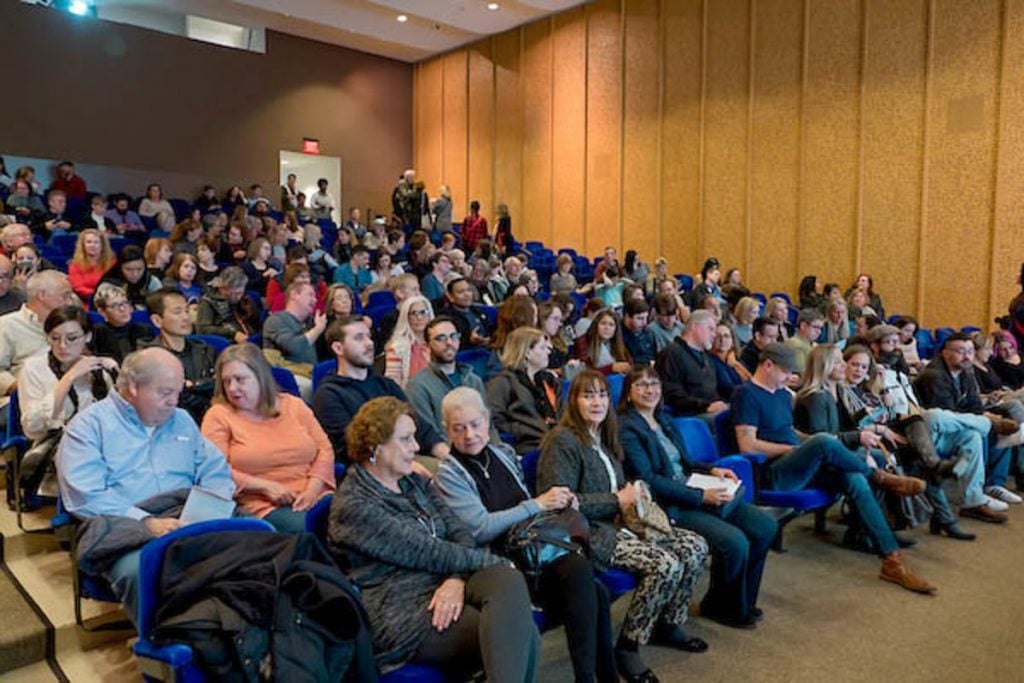 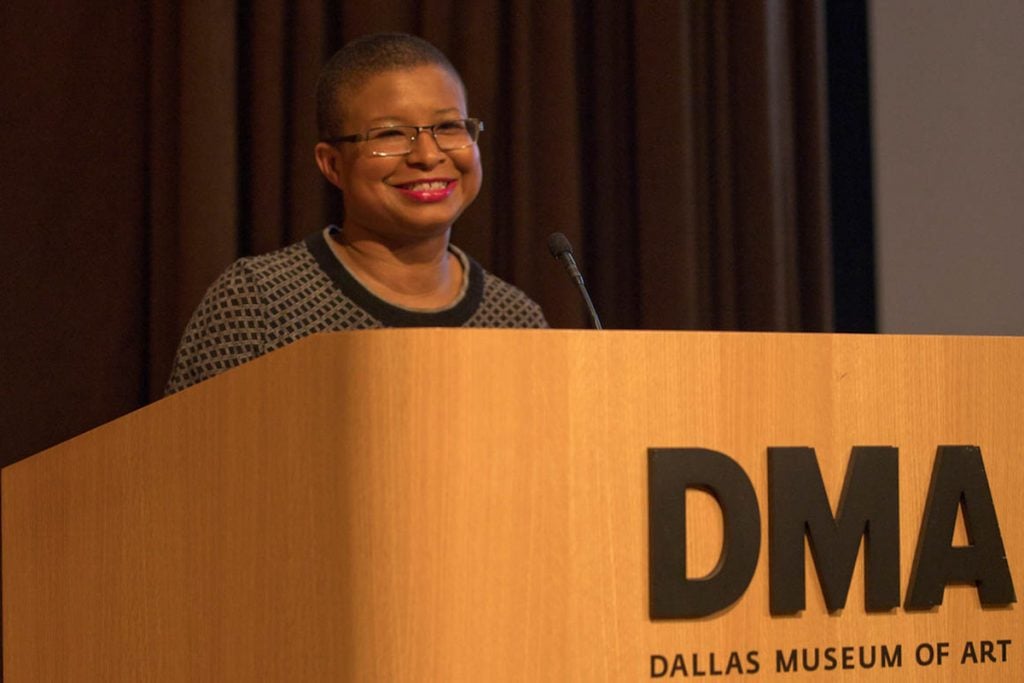 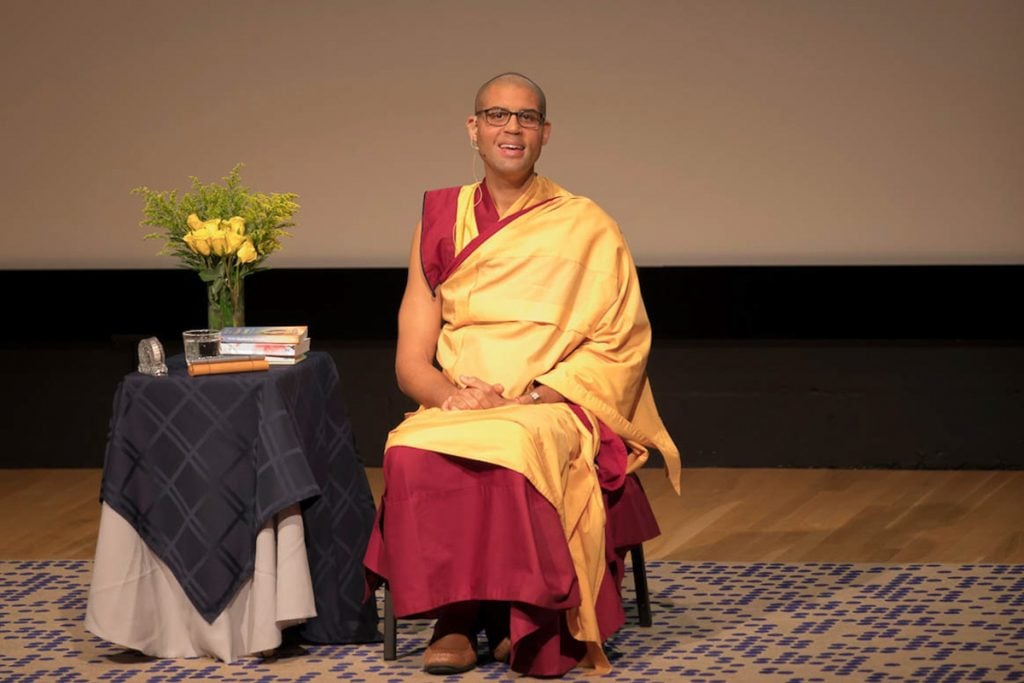 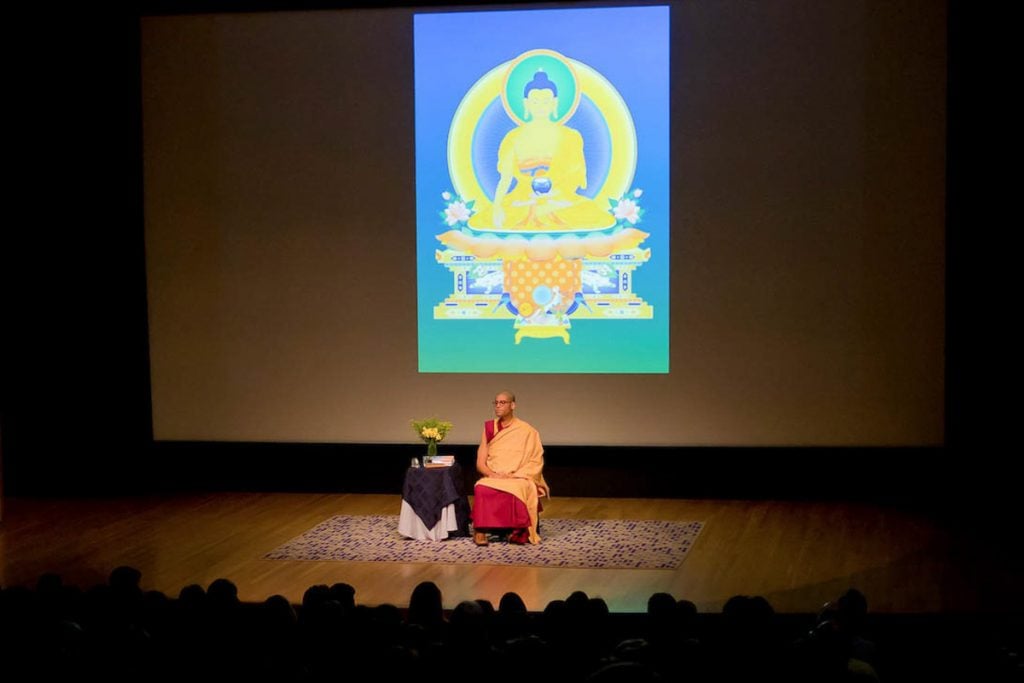 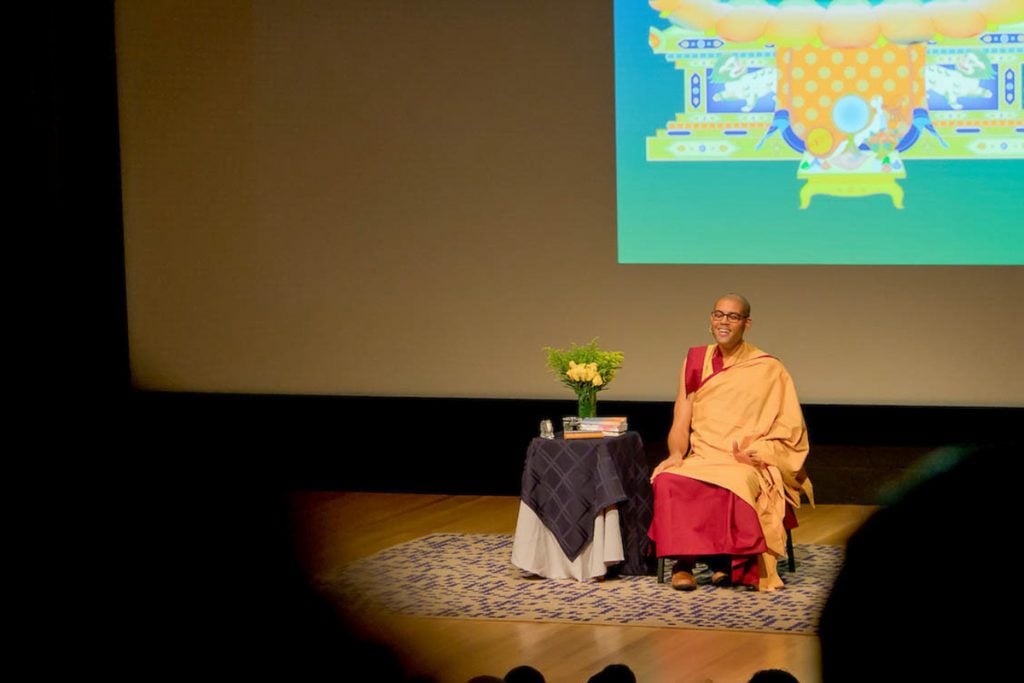 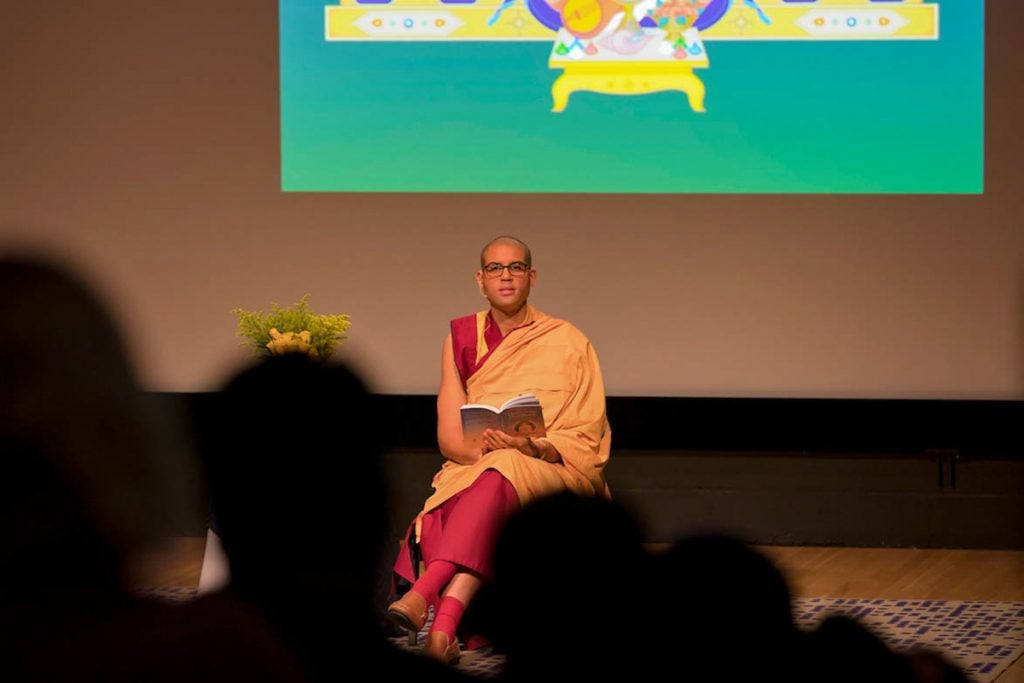 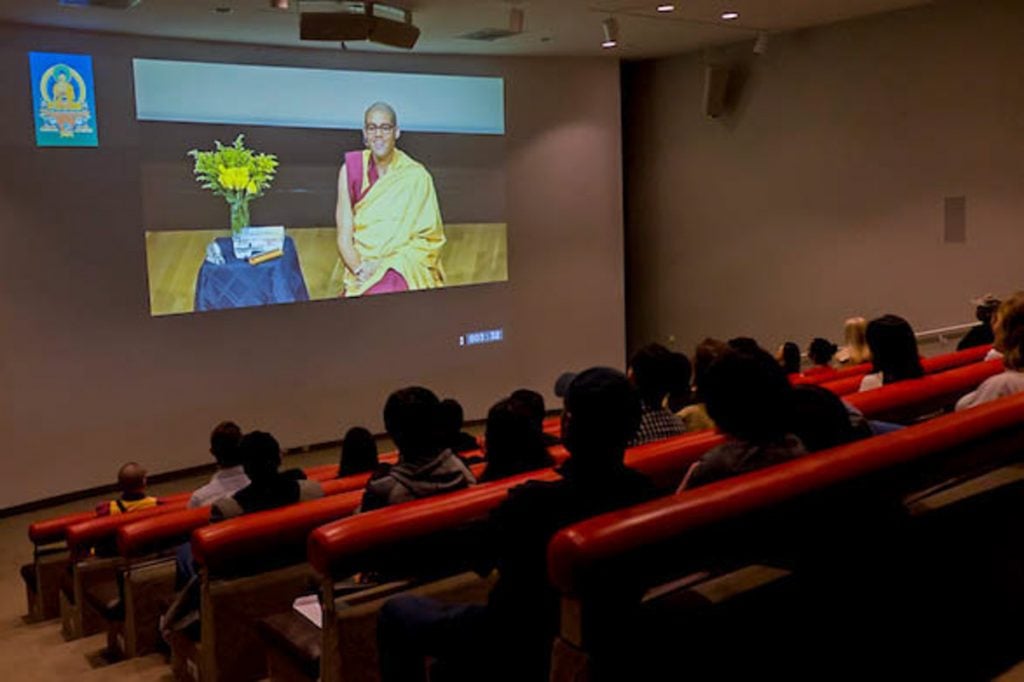 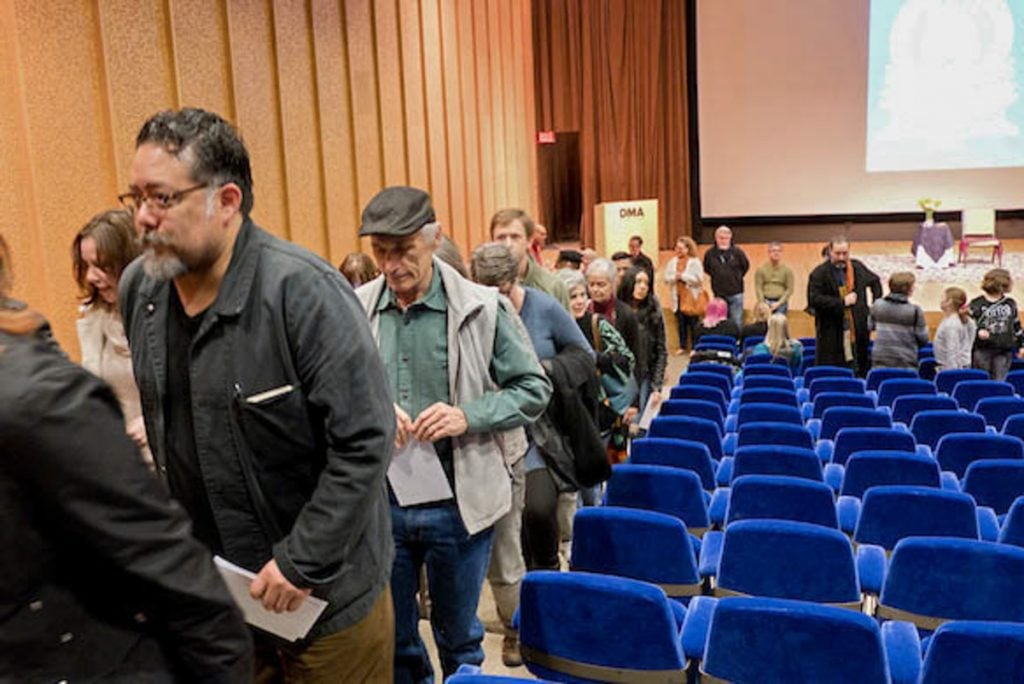 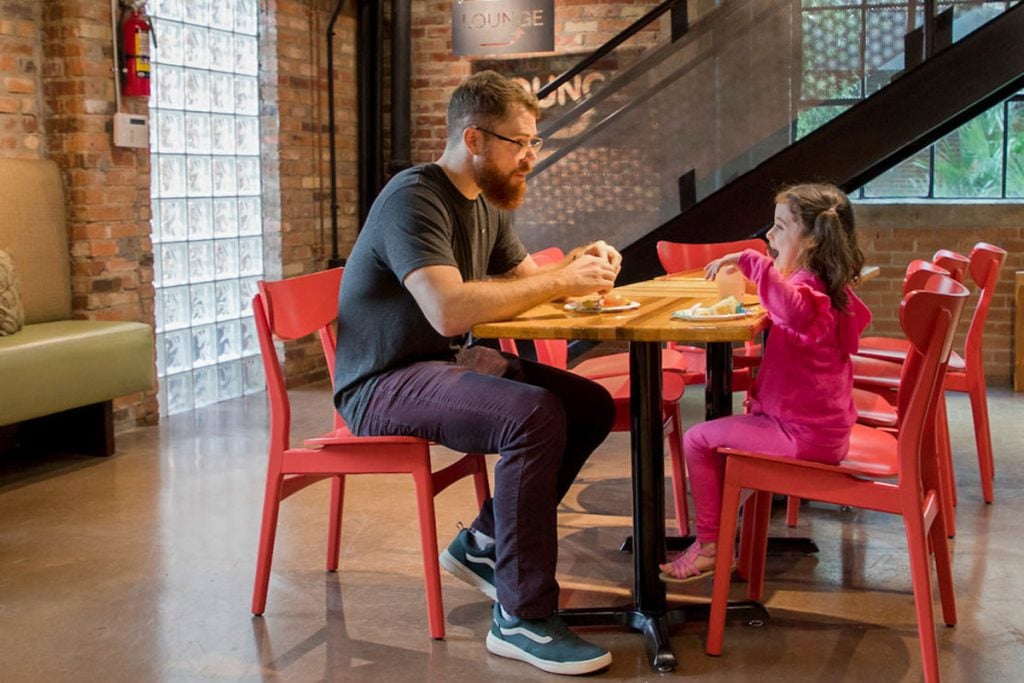 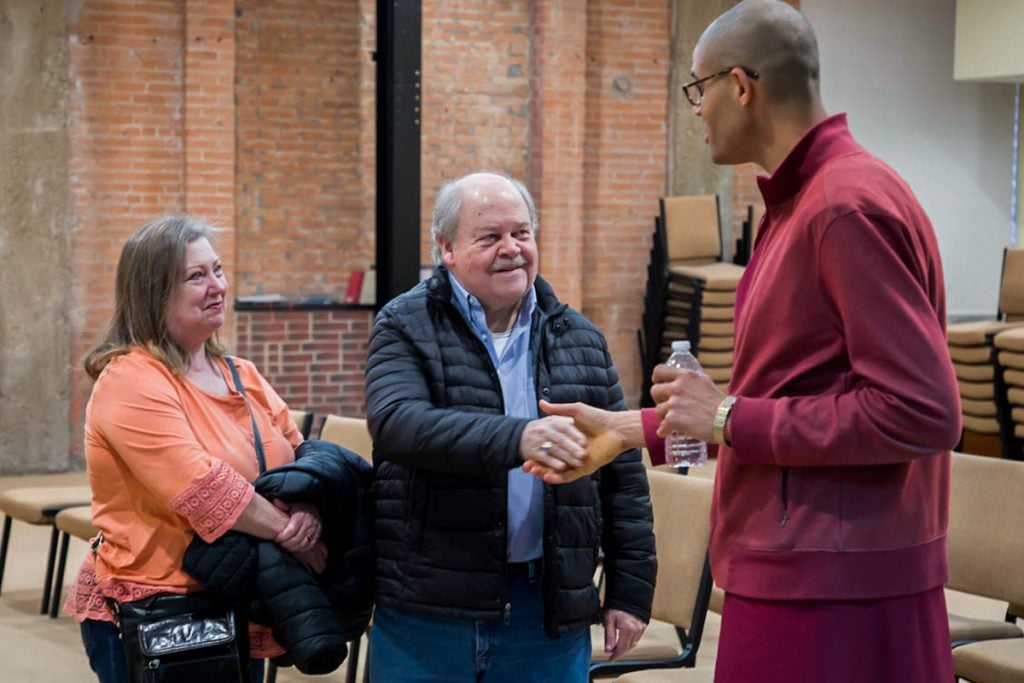 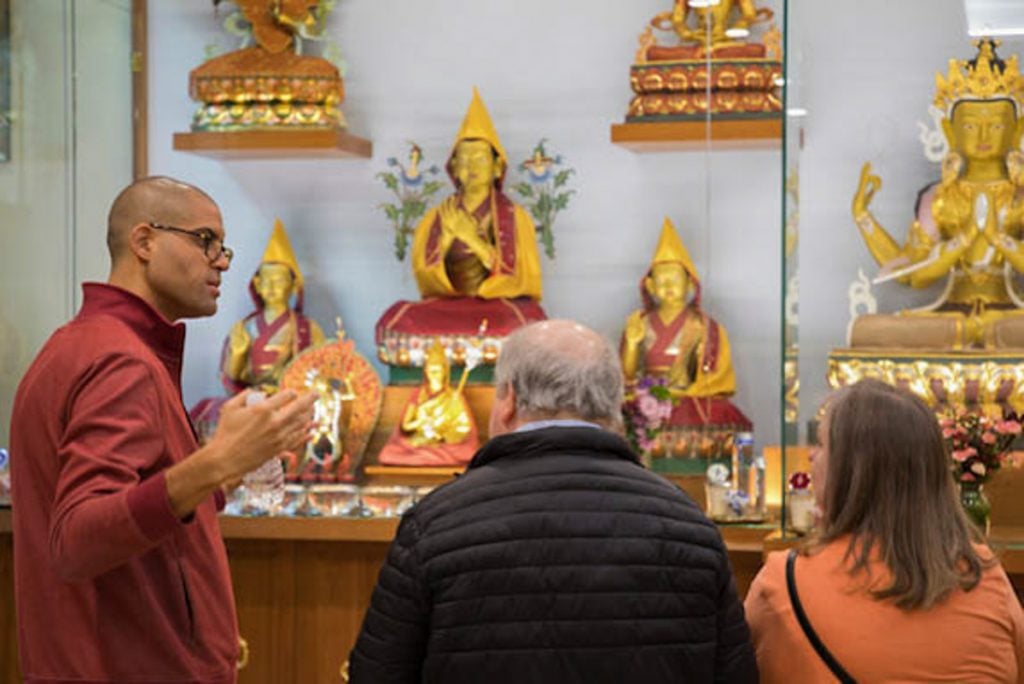 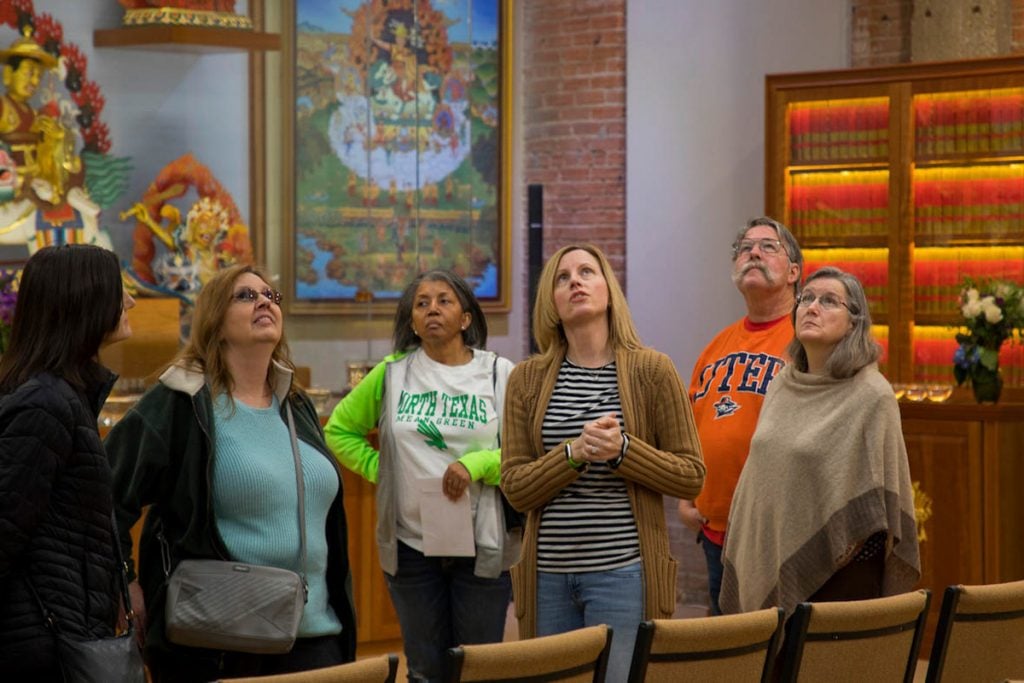 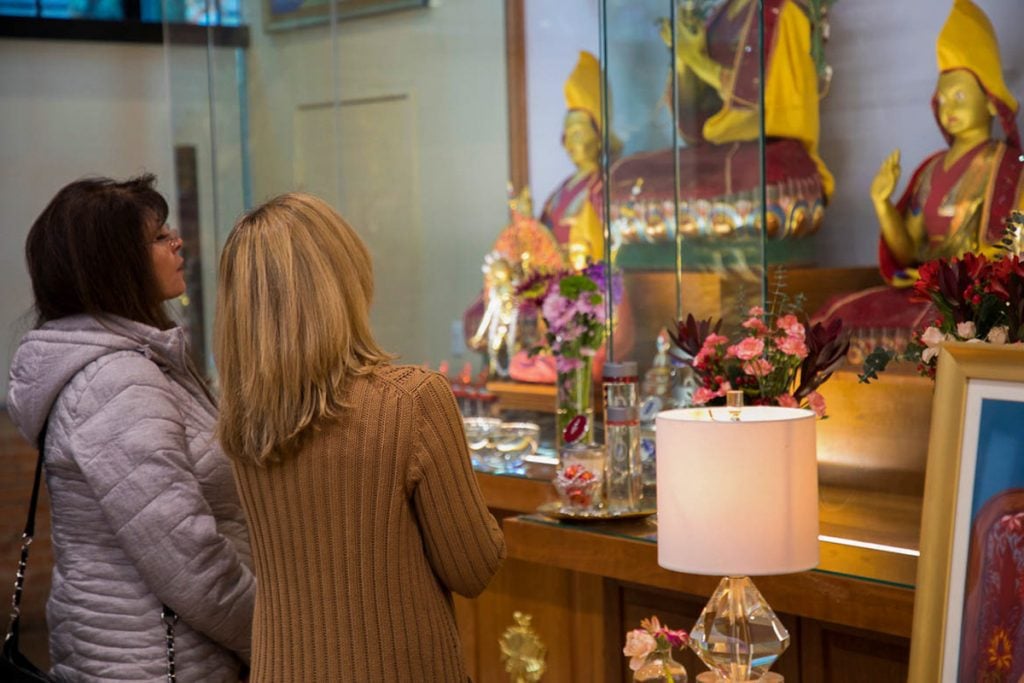 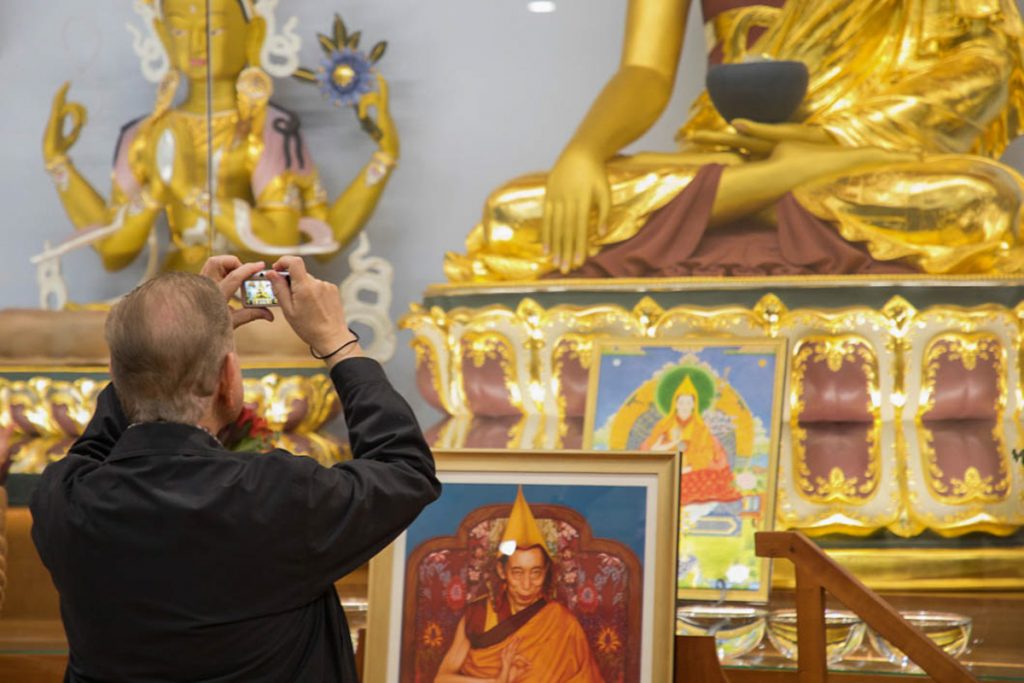 Big Thanking Day at the New Temple in Spain

Dharma is not just for grown-ups

Guru Yoga in the mountains of Madrid

So profound, so blessed

Meditating in the mountains