Apart from casting the two large stupas for the shrine, most of the work at the Kadampa Art Studio at Manjushri KMC for the Arizona Temple is nearing completion.

Most objects are now shipped and many of the artists have travelled to Arizona to help with the finishing work there.

But the Studio never stops and already work has begun preparing vajras for the next Temple.

And there is a steady stream of objects being prepared for the new urban Temples appearing around the world.

Among these, here we see the large Dharma Wheel and exterior wall plaques being prepared for the new building for KMC Washington DC, which will be formally opened by Gen-la Jampa this weekend. 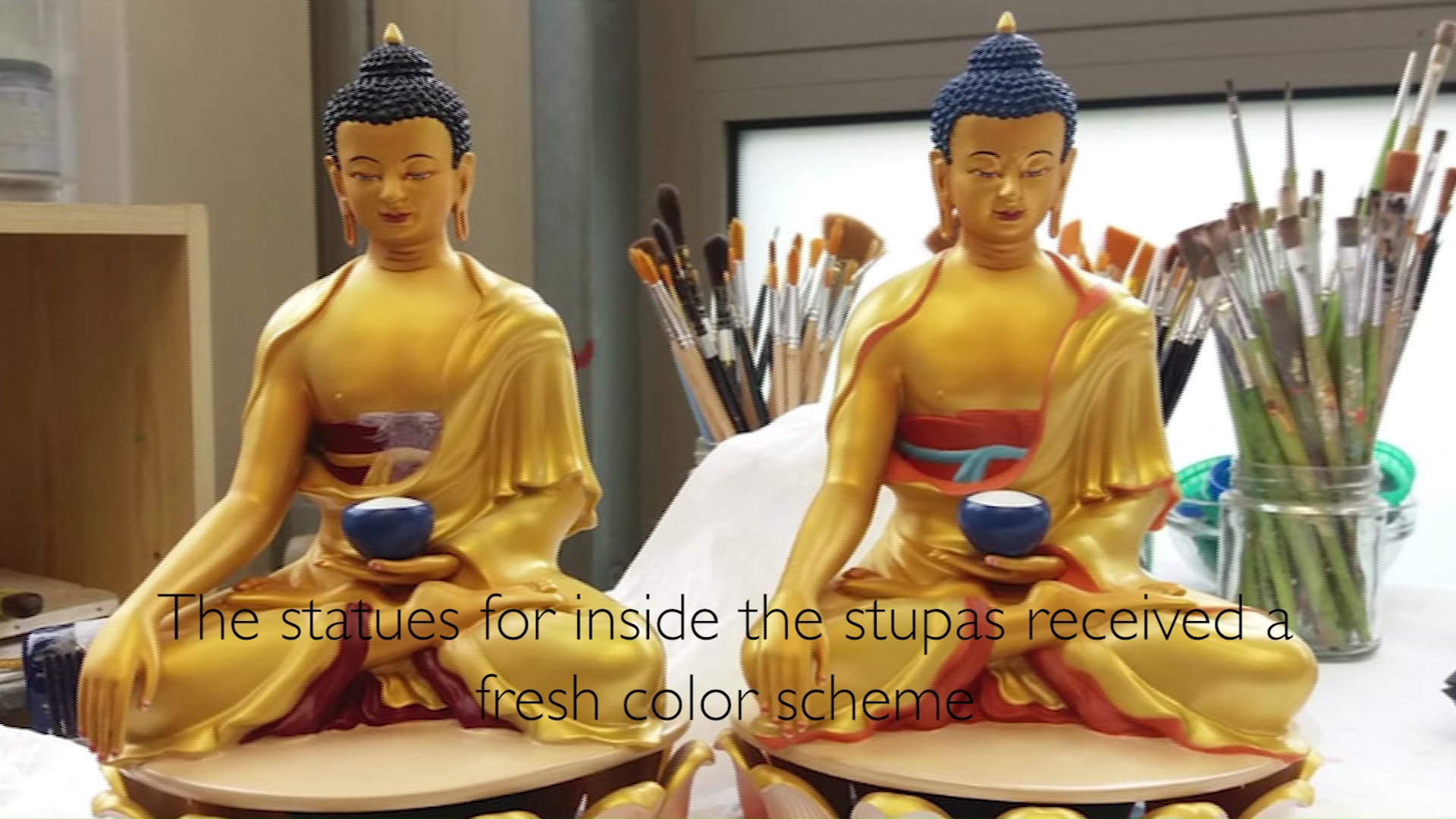 Healing ourself & the world with wisdom

Exquisite Offerings to the Buddha of Compassion

Cultivating a Good Heart in Chile

Retreat in the Land of the Snows

A long and meaningful life