As June 10, the day of the Temple opening approaches, the artists and others are putting the finishing touches on the interior of the Temple.

Here we see the sets of Buddha's Teachings and their commentaries being installed in a special cabinet. After Buddha passed away, all his teachings of Sutra and Tantra were gathered and written down in Sanskrit. These texts were later translated and published as Tibetan texts, known at the Kangyur, or 'collection of teachings'.

The major commentaries to Buddha's teachings were also gathered in the same way and are known as the Tengyur, or 'collection of commentaries'. Both sets are included in the Temple at Málaga.

Be there June 10 for the Temple opening 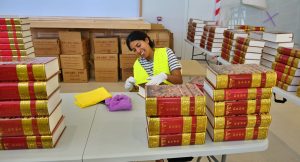 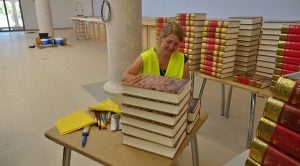 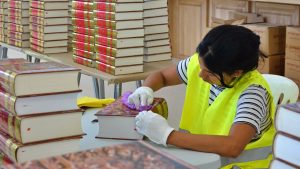 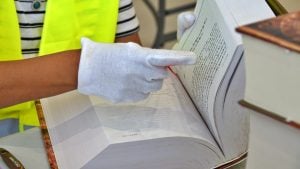 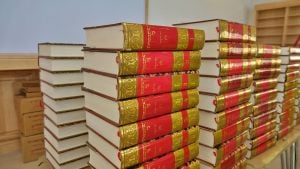 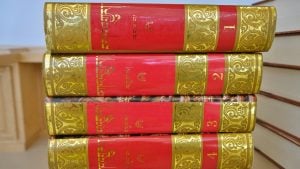 Day 10 ~ Something for everyone

Day 9 ~ Families at the Festival