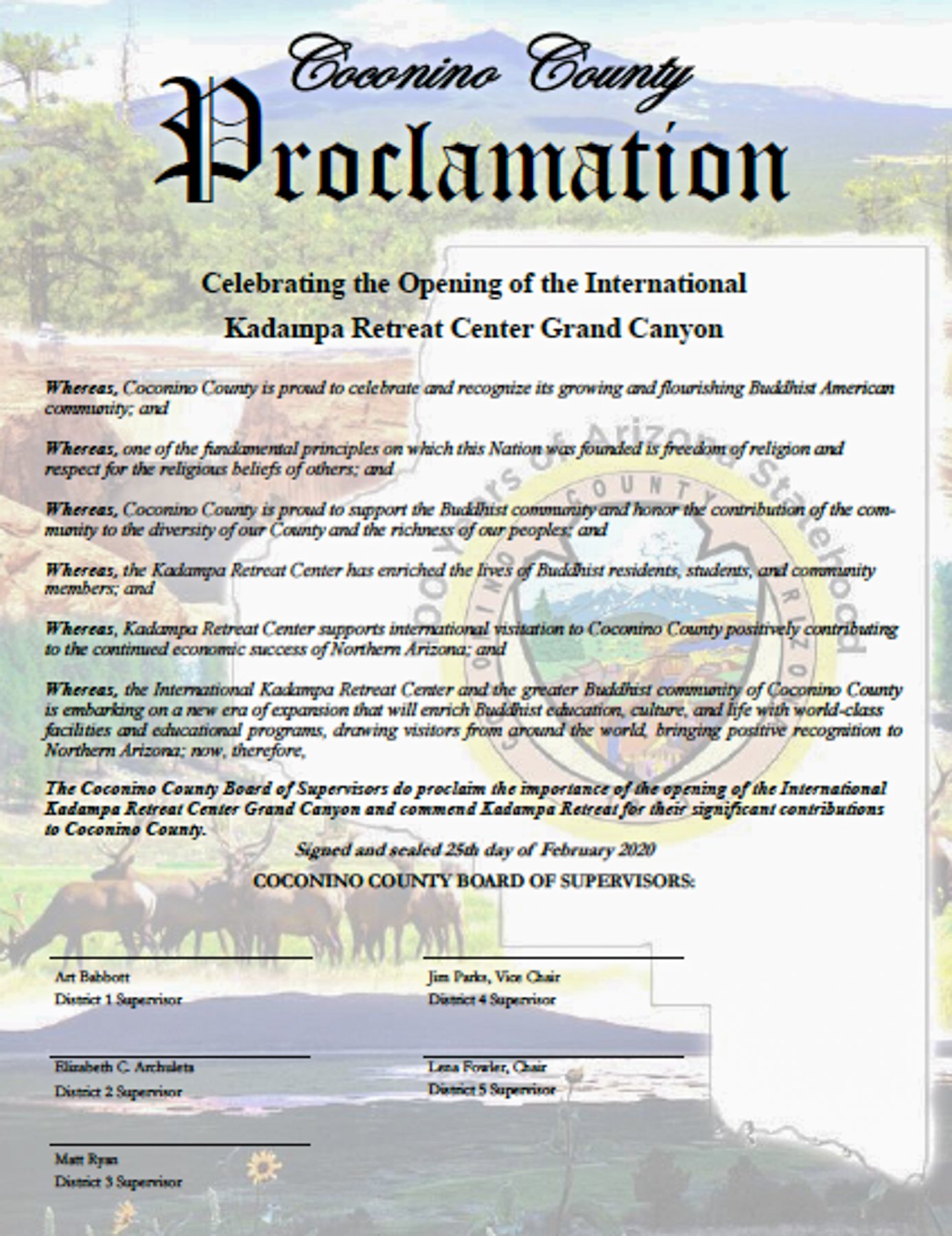 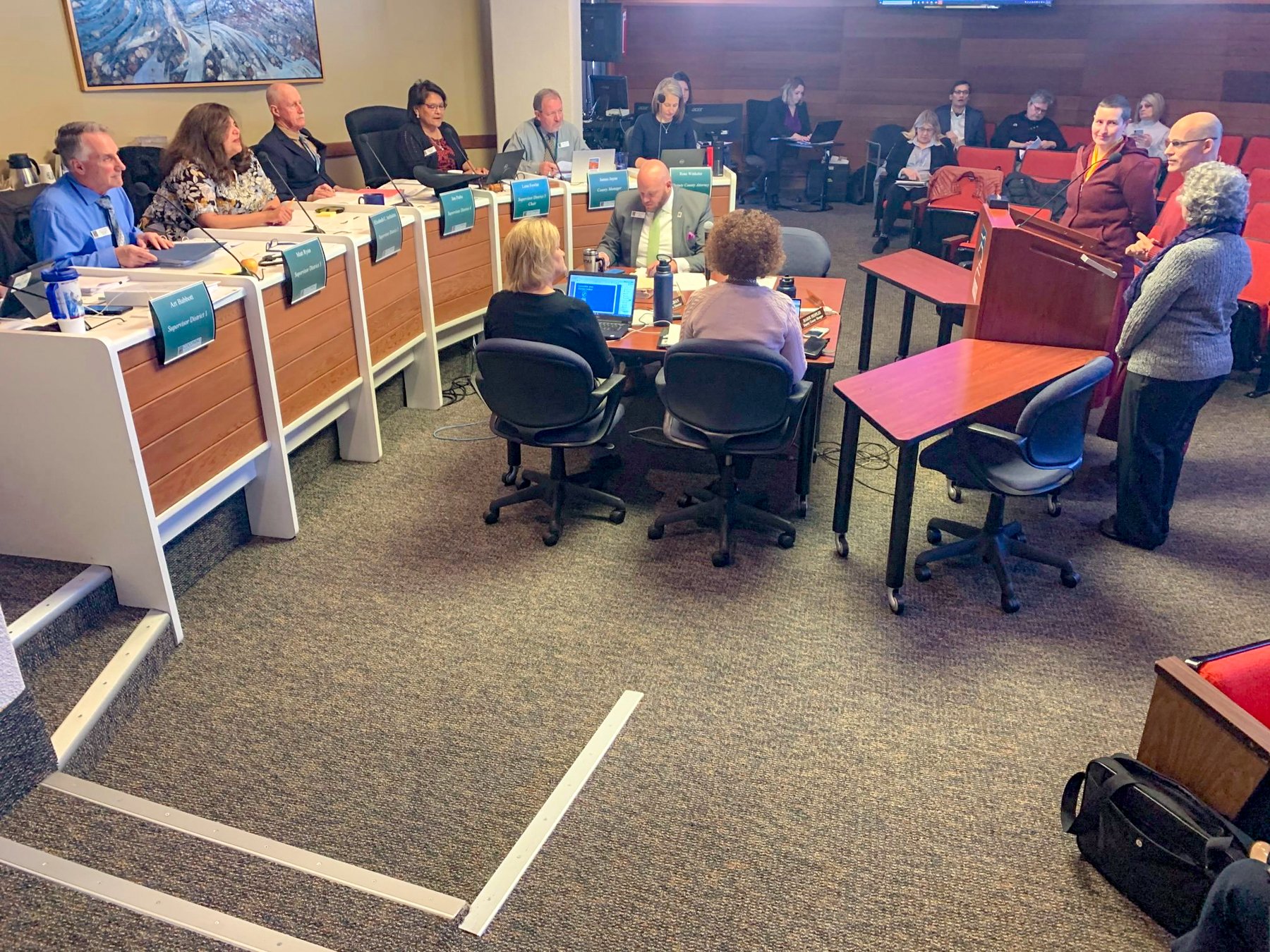 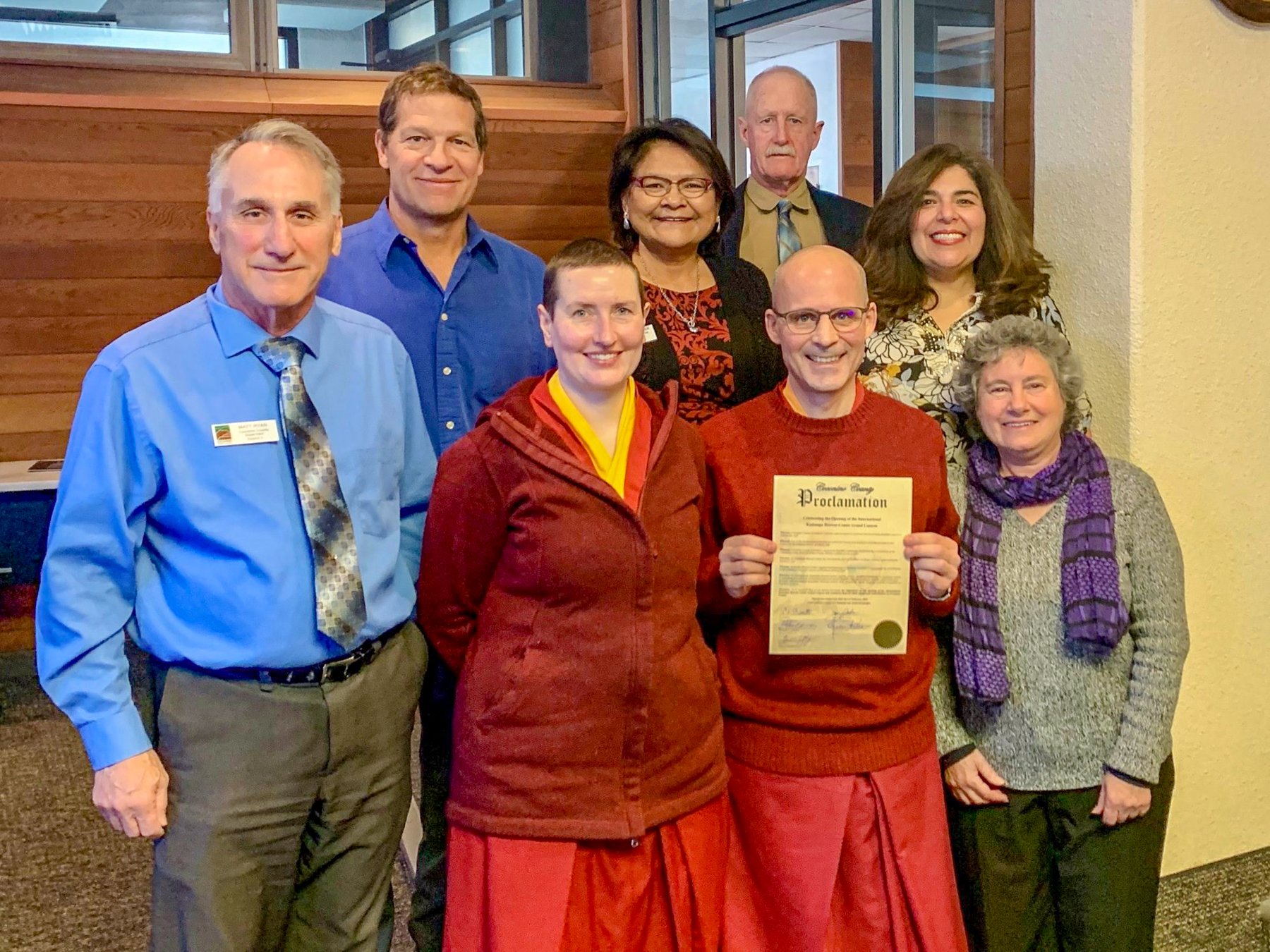 Out of the blue, IKRC Grand Canyon recently received an invitation to attend a meeting of the Board of Supervisors of Coconino County, where the center is located, on the 25th day of February. There, to their delight, they witnessed the Board approving the following proclamation welcoming the opening of IKRC Crand Canyon:

"Whereas, Coconino County is proud to celebrate and recognize its growing and flourishing Buddhist American Community; and

"Whereas, one of the fundamental principles on which this Nation was founded is freedom of religion and respect for the religious beliefs of others, and

"Whereas, Coconino County is proud to support the Buddhist community and honor the contribution of the community to the diversity of our County and the richness of our peoples and

"Whereas, the Kadampa Retreat Center has enriched the lives of Buddhist residents, students, and community members, and

"Whereas, the International Kadampa Retreat Center and the greater Buddhist community of Coconino County is embarking on a new era of expansion that will enrich Buddhist education, culture, and life with world-class facilities and educational programs, drawing visitors from around the world, bringing positive recognition to Northern Arizona: now, therefore,

"COCONINO COUNTY BOARD OF SUPERVISORS."

The Proclamation will be publicly read aloud by a member of the County Board at a special Open House at the Temple this Saturday, February 29. Watch this space!

Two days after the proclamation was granted, the lighting around the auspicious symbols on the outer Temple wall was completed and switched on! 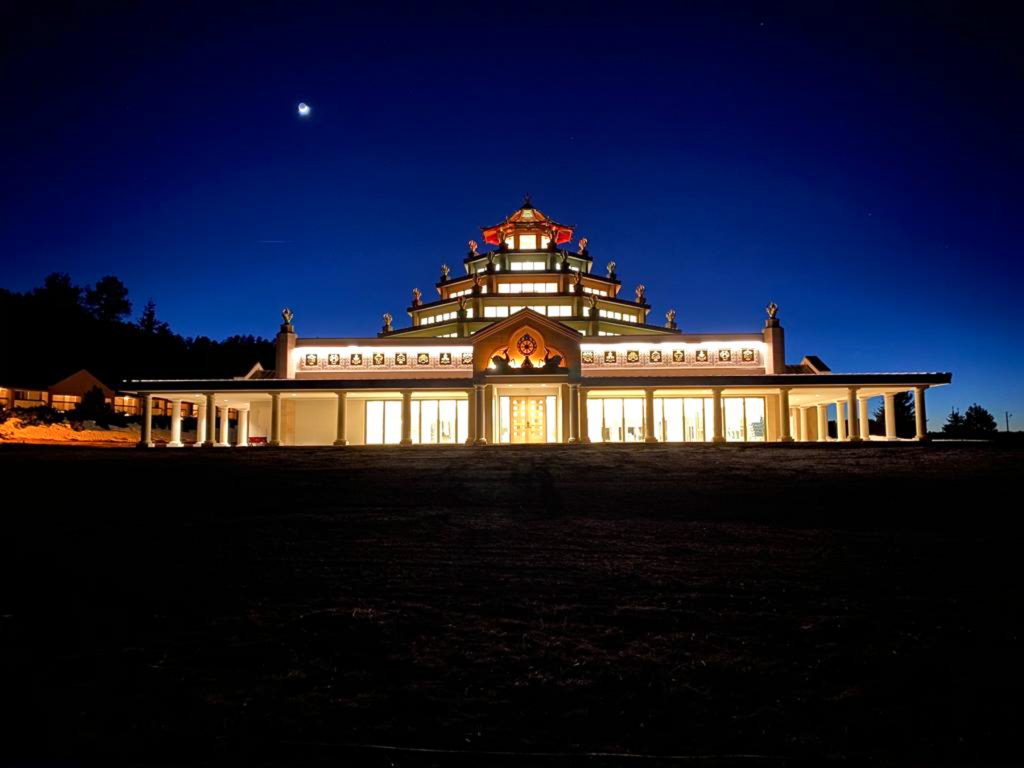 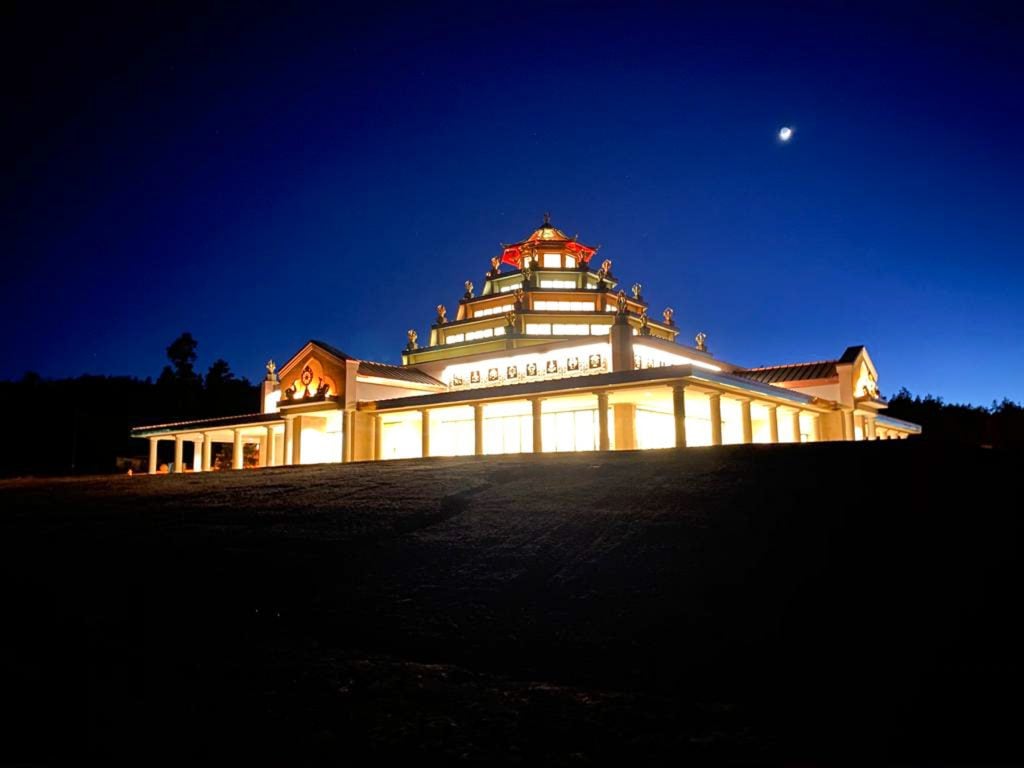 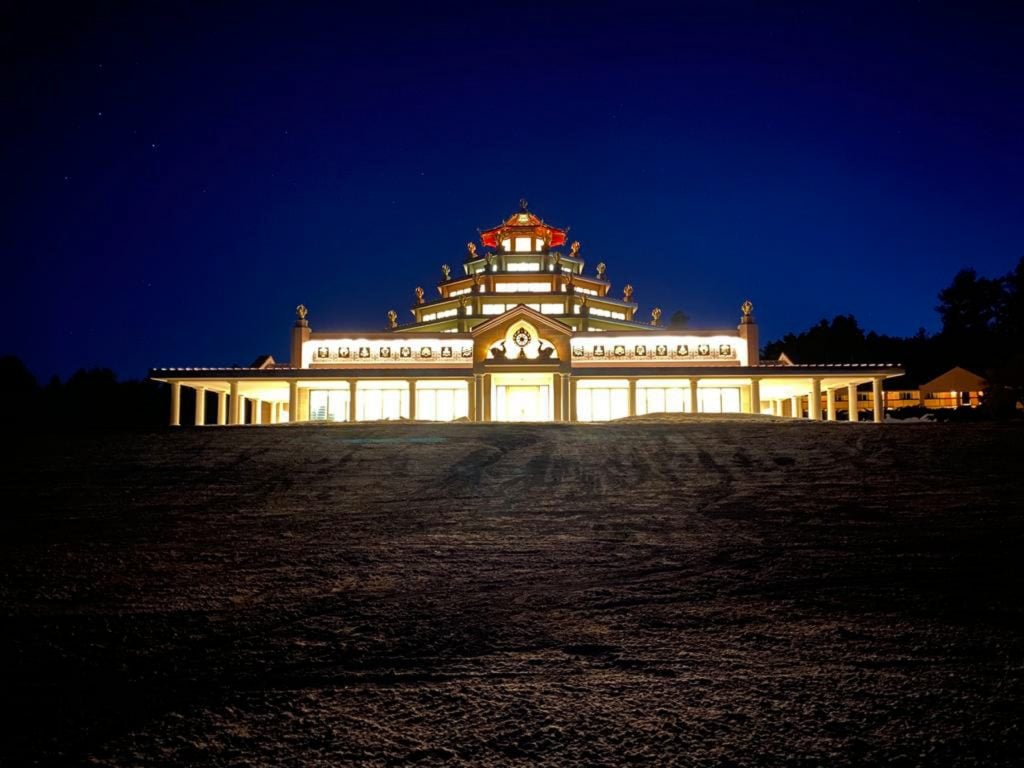 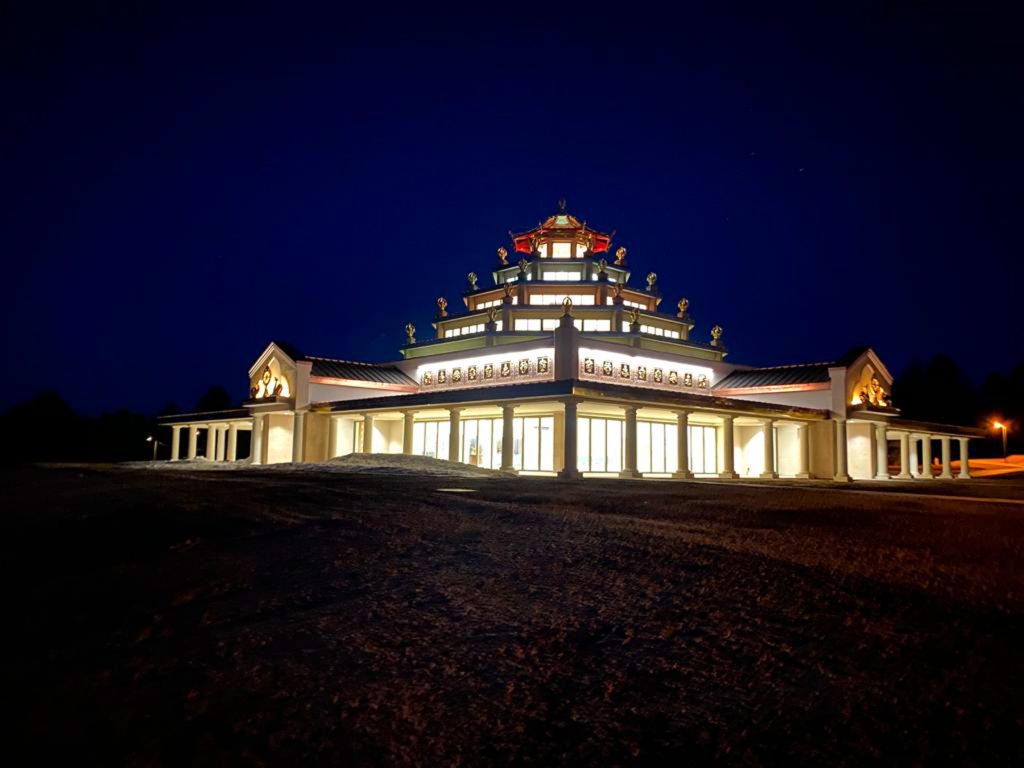 Celebrating Dharma from Coast to Coast

Drawing closer to the Dharma Protector

Seven Buddhas for our times