It was a magical weekend in Copenhagen for the 2018 Nordic Dharma Celebration with dramatic rainbows appearing on the Saturday, Buddha’s Return from Heaven Day. 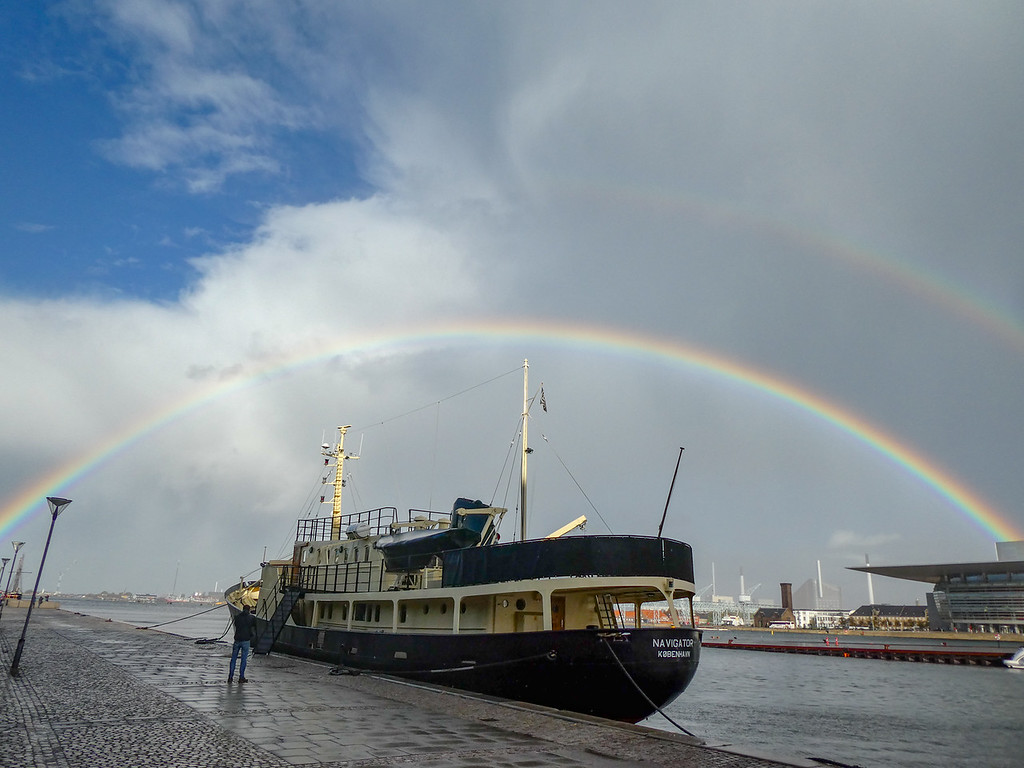 People from Denmark, Sweden, Norway, Finland, Iceland and the UK gathered at KMC Copenhagen to receive the blessing empowerment of Wisdom Buddha Manjushri and a commentary to the practice Treasury of Wisdom from Gen Kelsang Dragpa, the National Spiritual Director of NKT-IKBU for the Nordic Region. 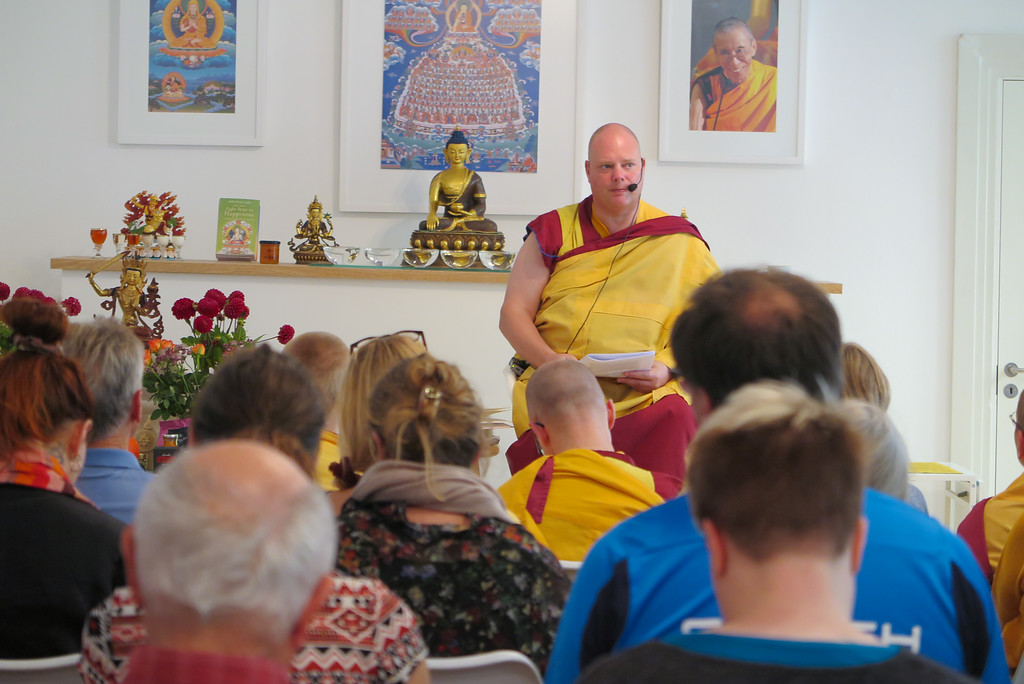 Gen Dragpa encouraged us to deepen our wisdom through relying on the Three Jewels in general and Buddha Manjushri in particular. He shared many of Venerable Geshe-la’s teachings on the Wisdom Buddha and helped us to understand that without wisdom there is no end to our suffering. 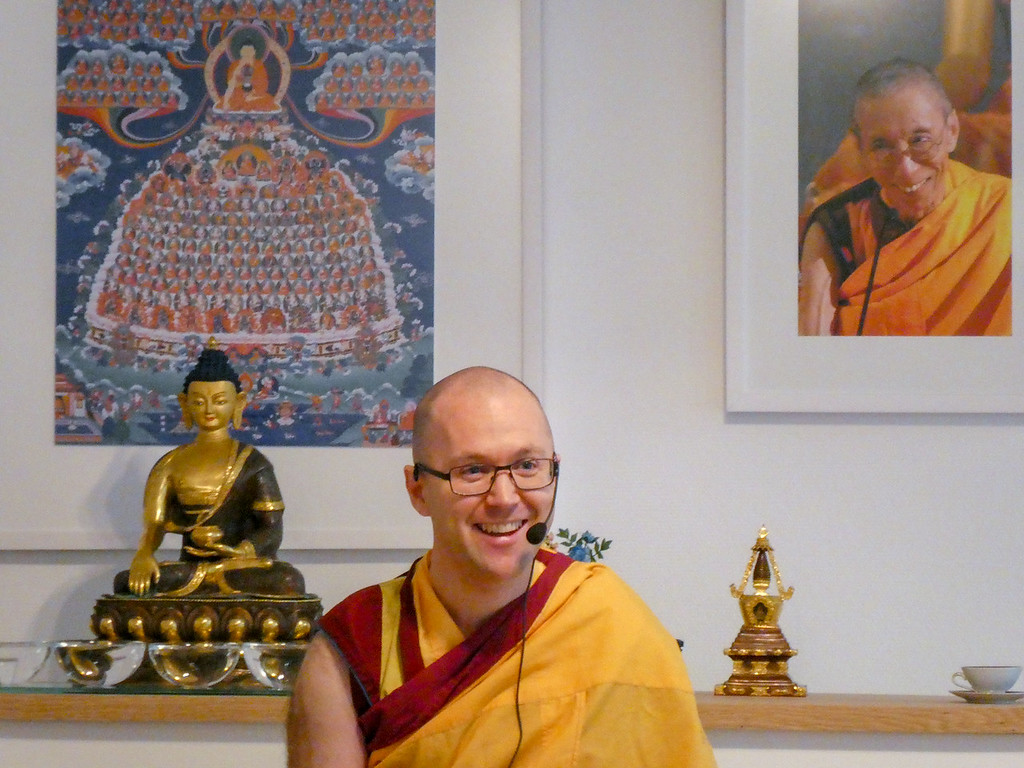 We learnt that by developing wisdom we can gradually bring our mind under control, create genuine causes of happiness and finally bring our own suffering to a complete end. Only then will we have the perfect ability to liberate all living beings from their suffering. 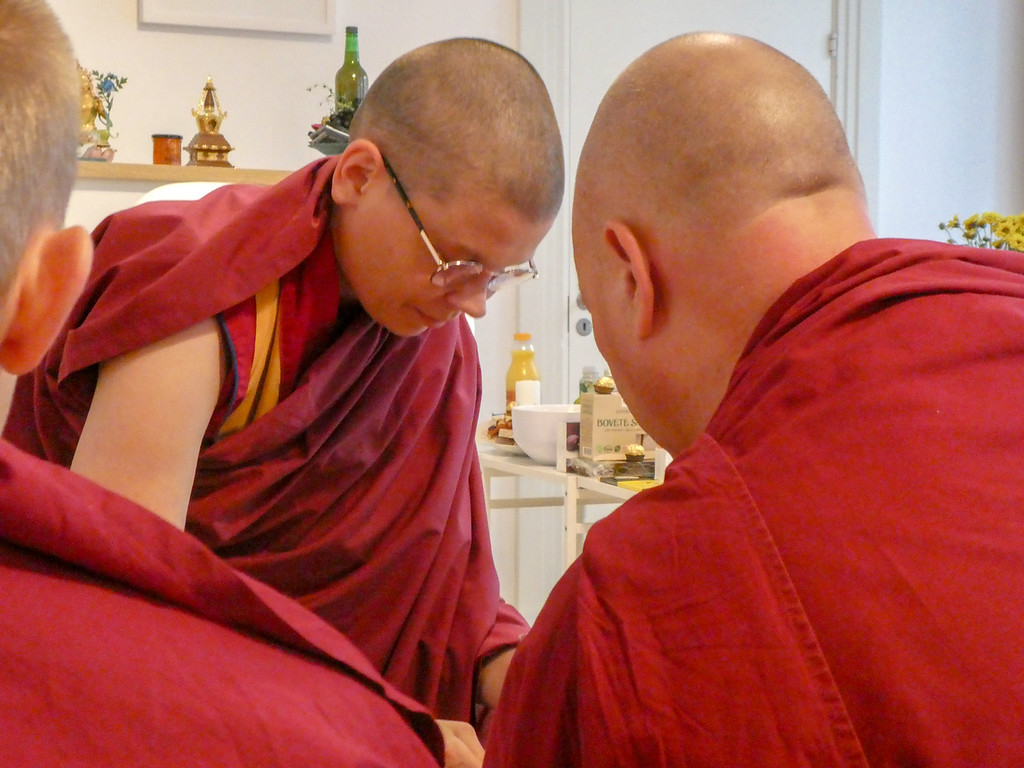 Not finding the rose

Gen Dragpa invited us to try to find a rose that he held up and by gradually eliminating each of its parts helped us to see that in reality the rose, and indeed all other things, are unfindable – their ultimate nature is emptiness. It was a very powerful teaching. 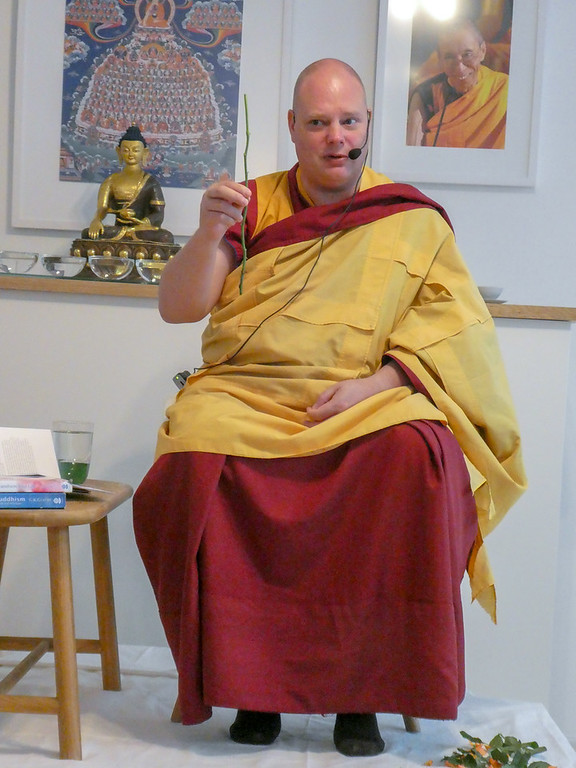 The opening of Nagarjuna Kadampa Centre in Argentina

Medicine for the Mind in Chicago

A weekend with Gen Ananda in Vienna

Everyone welcome at Café im Gartensaal

Preparing for an auspicious arrival