Every Temple has a shrine. It provides a focus for our faith, serving as a continual reminder of the Buddhas through whose kindness living beings have the opportunity to attain permanent inner peace and the supreme happiness of enlightenment.

The statues in a shrine represent Buddha's body, the Dharma books Buddha's speech, and the stupas Buddha's mind. These representations of Buddha’s body, speech and mind are so blessed that, even if we have no faith, just seeing them blesses our mind.

Model for the future
The shrine pictured above, at IKRC Grand Canyon, is regarded as the model for future Kadampa Temples and KMCs.

In the center section is Buddha Shakyamuni with Avalokiteshvara on his right and Arya Tara on his left. Either side stand stupas.

In the right section as we face it are the five lineages of the Wisdom Dharma Protector, with Thousand Armed Avalokiteshvara above.

And in the left section are Je Tsongkhapa with his Sons, the founder of the New Kadampa Tradition.

Modern Kadampa Buddhists rely sincerely on Je Tsongkhapa and regard their Spiritual Guide as his emanation through whom they receive special oral instructions.

Accordingly, in front of Je Tsongkhapa in the shrine there is a statue of the holy Spiritual Guide flanked by Heruka and Vajrayogini, the principal Highest Yoga Tantra Deities of the tradition.

Either side, at the top of the shrine are the collected works of Venerable Geshe Kelsang Gyatso Rinpoche, the precious scriptures of Modern Kadampa Buddhism.

Kadampa artists
The statues, stupas etc within Kadampa shrines are cast and finished at the Kadampa Art Studio at Manjushri KMC. In the course of a year hundreds of volunteers assist the full time Studio staff with the finishing, gilding and painting of the statues. 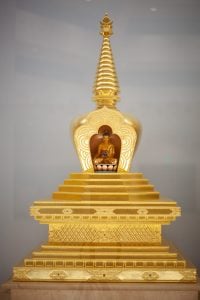 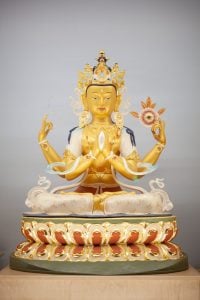 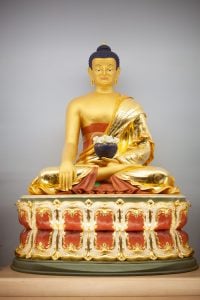 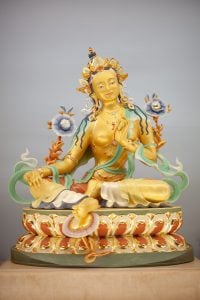 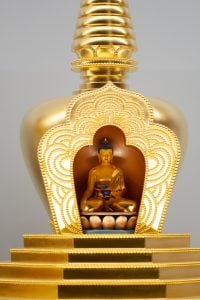 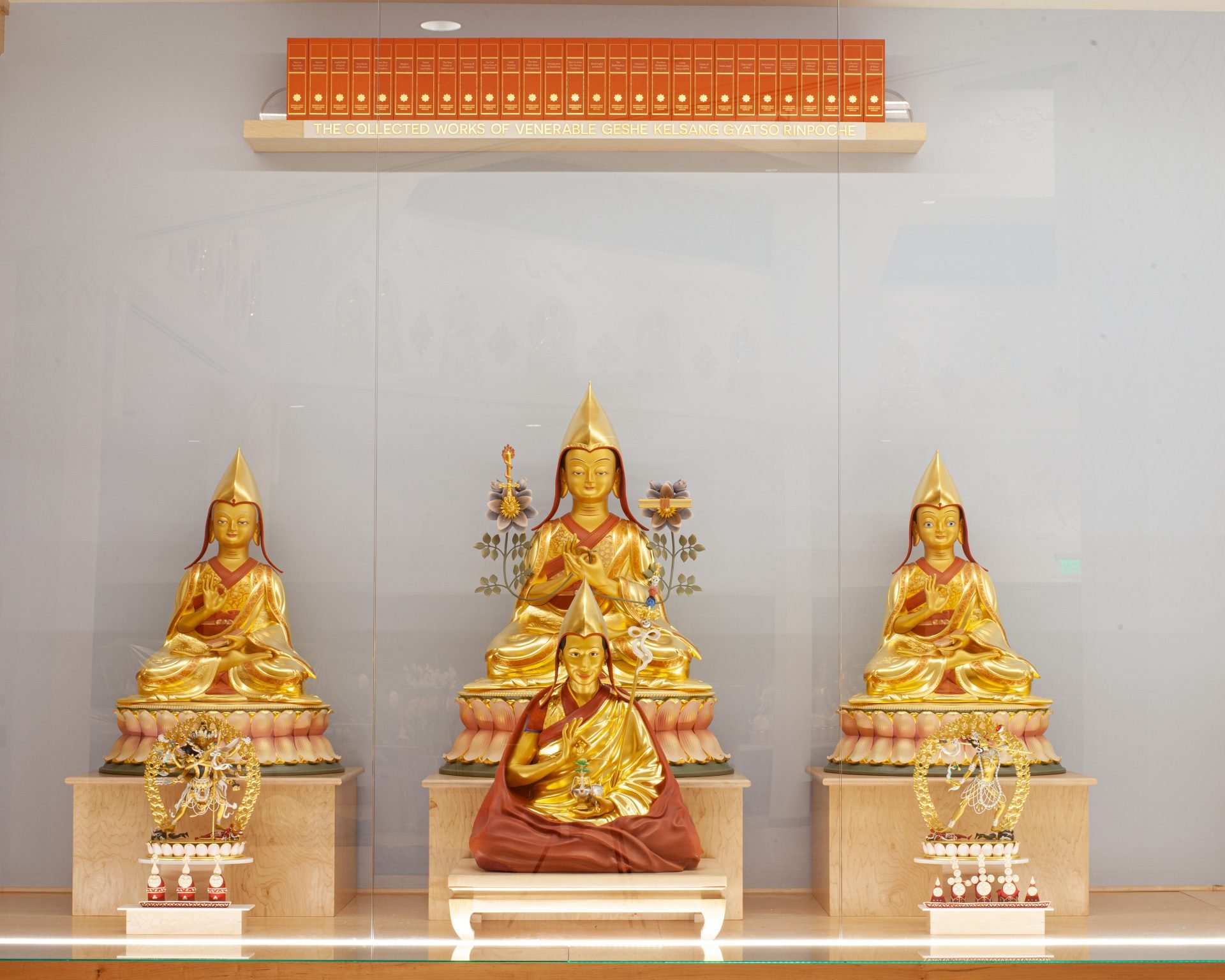 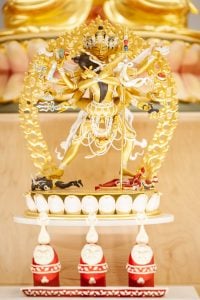 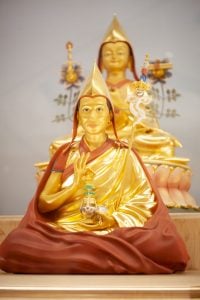 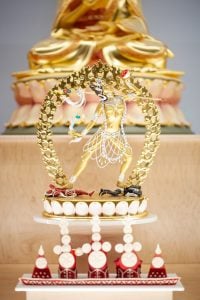 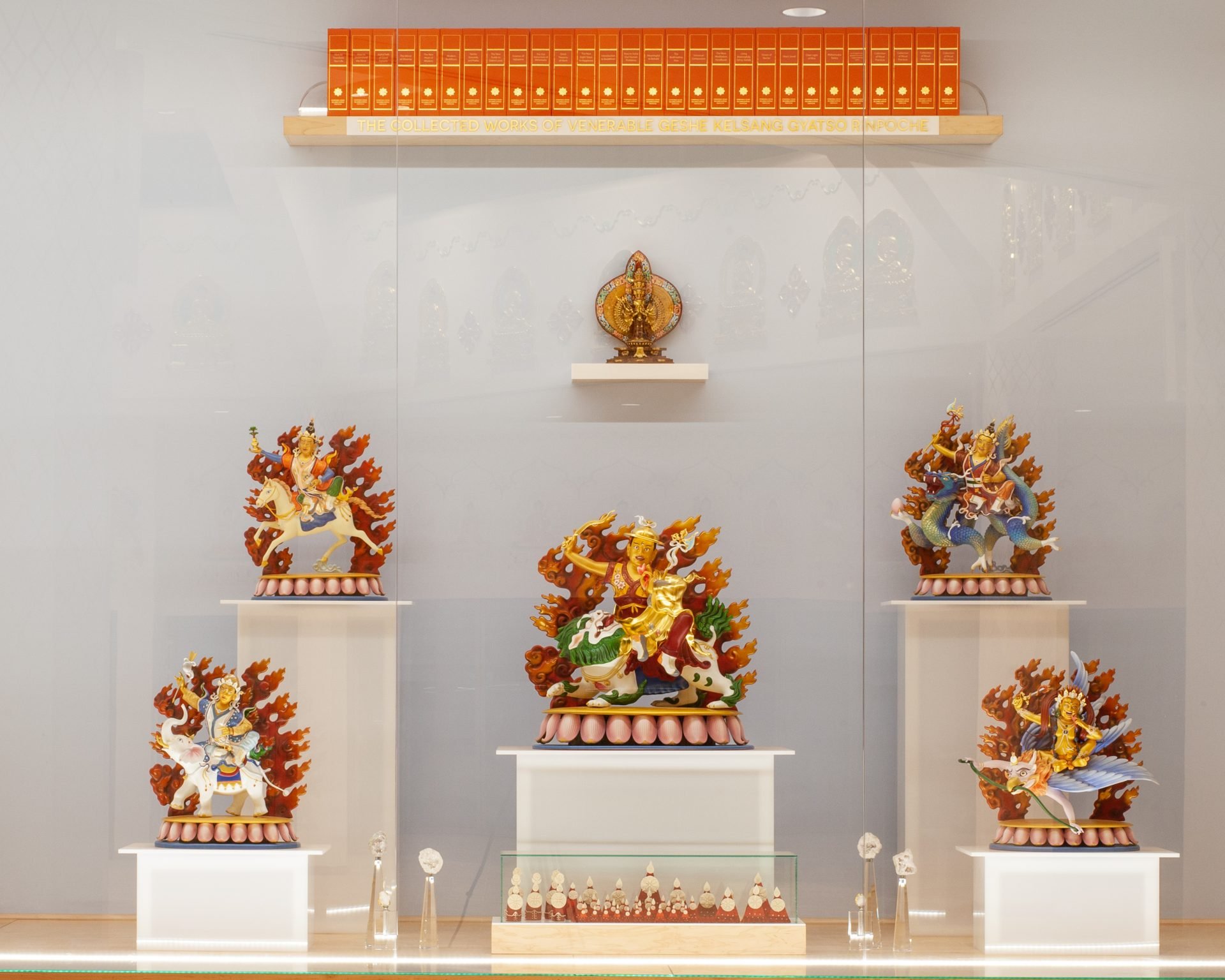 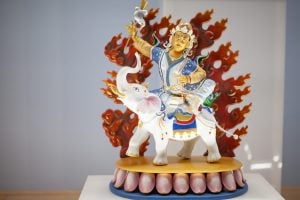 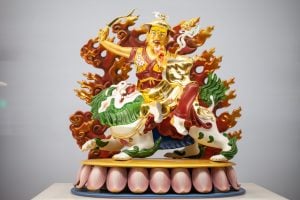 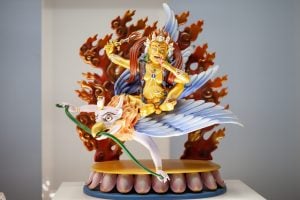 Connected & uplifted in a troubled world

Protection from all fears and dangers

Sevilla now has a special color & a special magic

The Joy of a Kadampa Life

Back to school at Manjushri KMC

A Magical Week in Retrospect