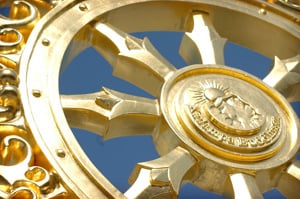 It is an international association of study and meditation centers that follow the pure tradition of Mahayana Buddhism derived from the Buddhist meditators and scholars Atisha and Je Tsongkhapa and introduced into the West by the Buddhist Teacher Venerable Geshe Kelsang Gyatso.

The purpose of the NKT-IKBU is to increase the Buddhist Faith throughout the world.

The NKT-IKBU is an international nonprofit organization registered in England as a charitable company.