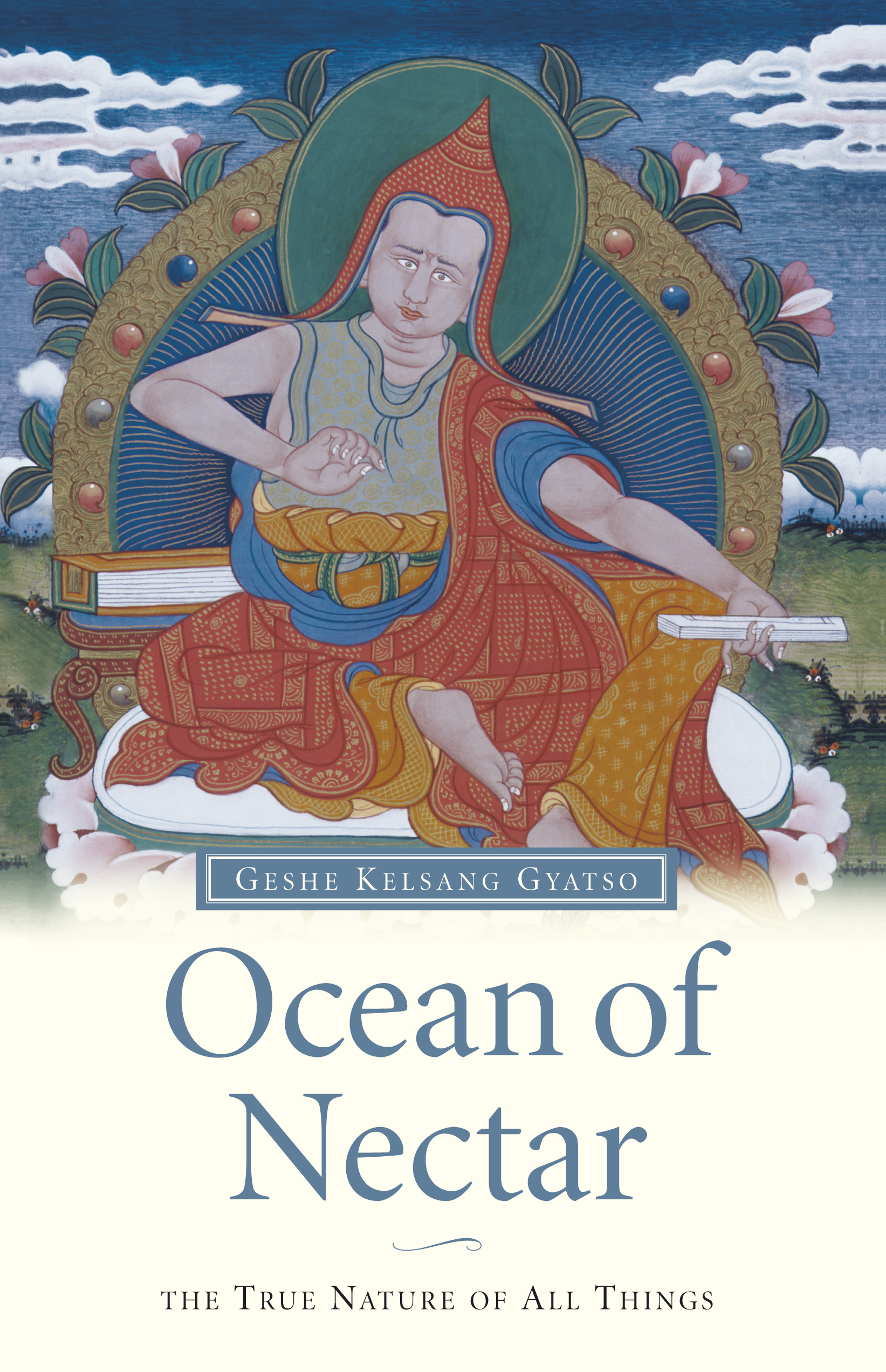 The True Nature of All Things

When Buddha taught the Perfection of Wisdom Sutras he explained ultimate truth emptiness by elaborating all the different categories of phenomena and showing how each in turn exists as mere imputation of the mind and does not exist from its own side.

This teaching touches the very core of reality and understanding it and fully realizing its meaning is the key to liberating the mind from the ignorance of self grasping and attaining true inner peace.

Over the centuries, great Mahayana scholars – especially Nagarjuna and Chandrakirti – have elucidated the meaning of the Perfection of Wisdom Sutras in their commentaries.

In Ocean of Nectar, Geshe Kelsang continues this noble tradition by providing an explanation of Chandrakirti’s famous commentary Guide to the Middle Way.

With breathtaking clarity and insight he guides us step by step through a matrix of profound subjects, making them easy to understand for the modern day reader and bringing the Mahayana Path within reach of all of us.

How Everything is Merely Imputed by the Mind

Chandrakirti, in his commentary to Aryadeva’s Four Hundred, and Je Tsongkhapa, in Clear Illumination of the Intention, use the analogy of an imagined snake to show how all phenomena are merely imputed by thought.

A man walking through a field at dusk comes across a coil of speckled rope in the grass and, mistaking it for a snake, develops fear. Even though a snake appears vividly to his mind, that snake does not exist from its own side. It is merely a projection of his mind, imputed by conceptual thought in dependence upon the rope. Other than this, no snake can be found because neither the coil of rope as a whole nor any part of it is a snake.

If we try to find an I other than the mere conceptual imputation ‘I’ we shall not succeed because neither the collection of the aggregates nor any individual aggregate is the I. Existing phenomena such as the I differ from the imagined snake in that they are valid imputations; but there is no difference from the point of view of their being merely imputed by conceptual thought.

In the analogy, because the man sees the rope in the twilight he mistakenly apprehends a snake and develops fear. To remove this fear he must remove the mind apprehending a snake by realizing that there is no snake. Even then, if the rope is left in the same place there is a danger that the same mistake will be made in the future. The only way to remove this danger is to remove the rope.